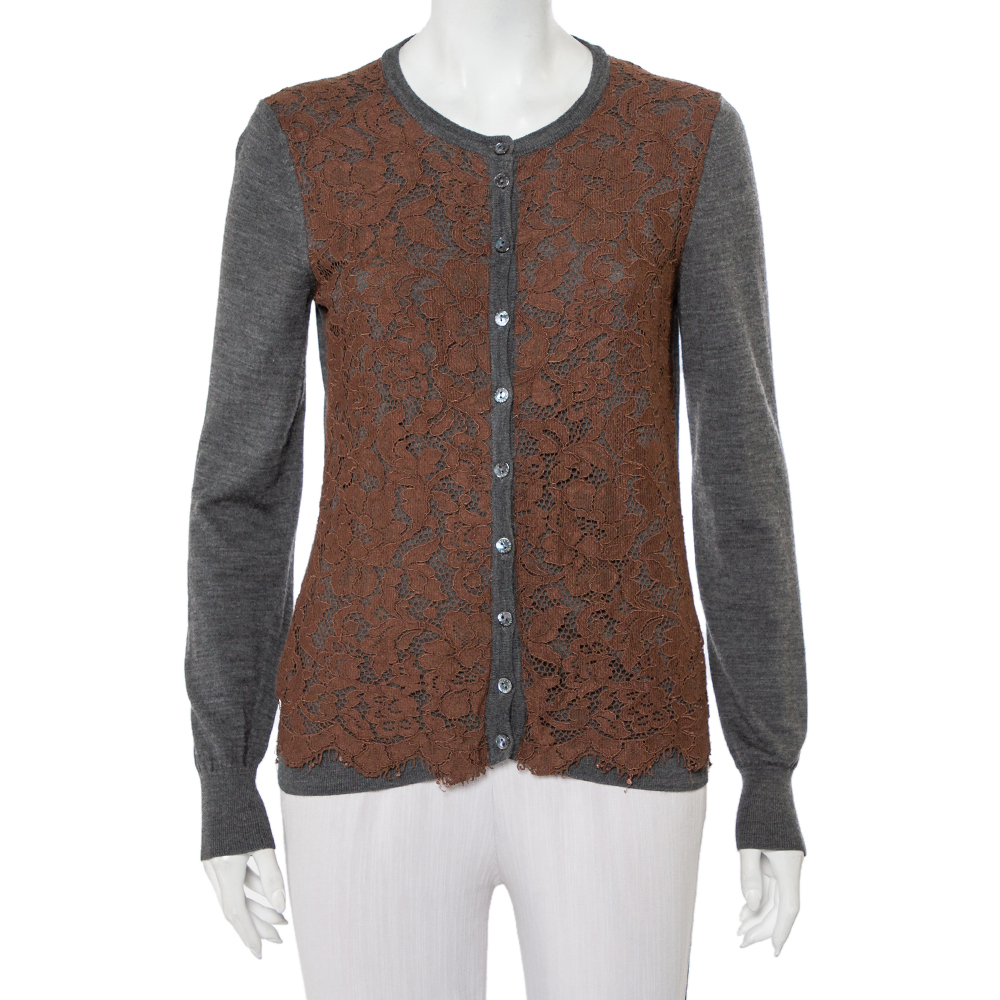 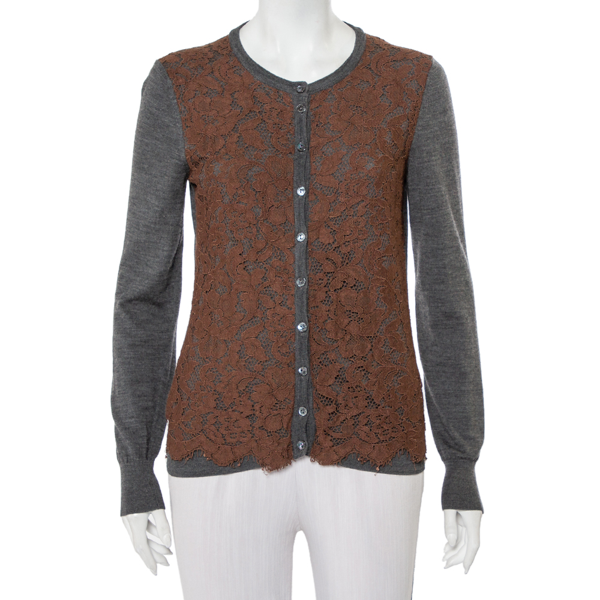 From Dolce and Gabbana comes this prize of a piece that is made from quality materials and designed as a chic cardigan. The creation has front buttons and long sleeves. It is further adorned with lace panels at the front. It is perfect for a host of occasions and will pair well with simple dresses.