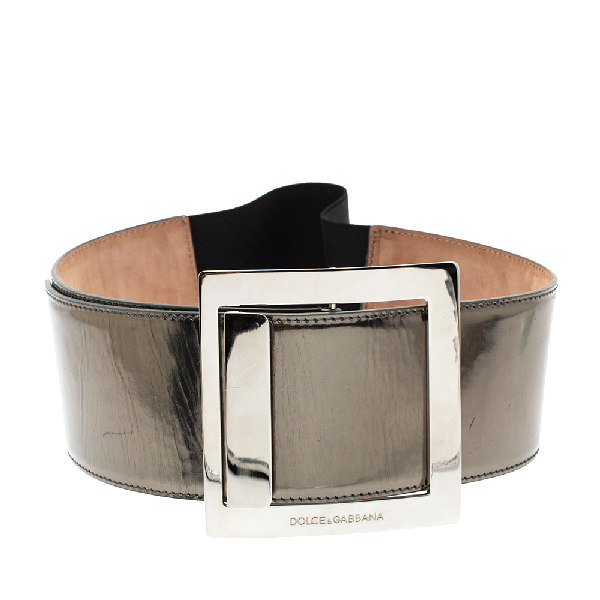 A classic add on to your collection of belts, this Dolce and Gabbana belt has been crafted from laminated leather and elasticised fabric in Italy. It has a lovely gunmetal shade and a square silver tone buckle with an engraved brand name. This piece carries a classy style, making it a wardrobe essential.