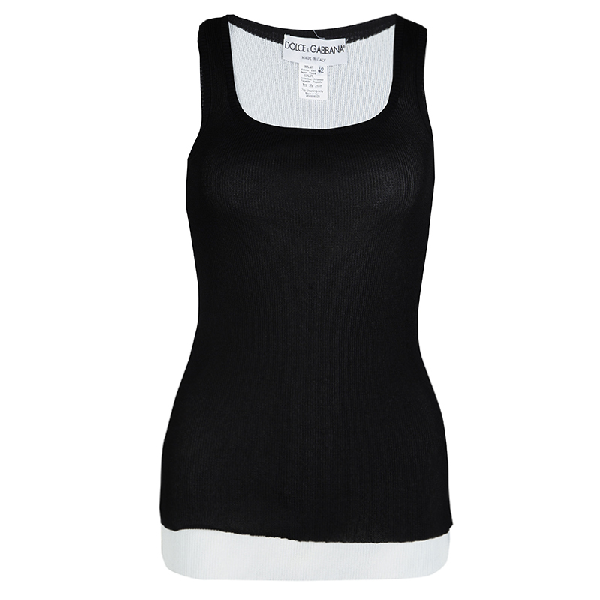 Designed in a monochrome rib knit pattern, this Dolce and Gabbana tank top features a layered look with the contrasting hemline. It comes with a wide neckline and a fitted style. Wear with shorts or jeans for adventurous outings.