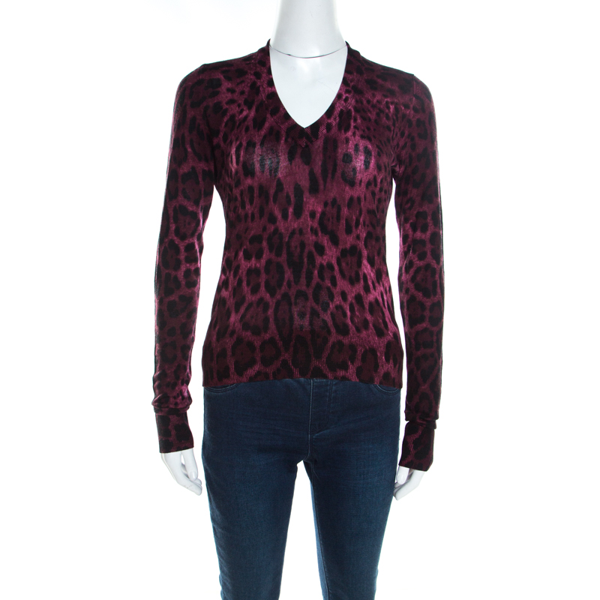 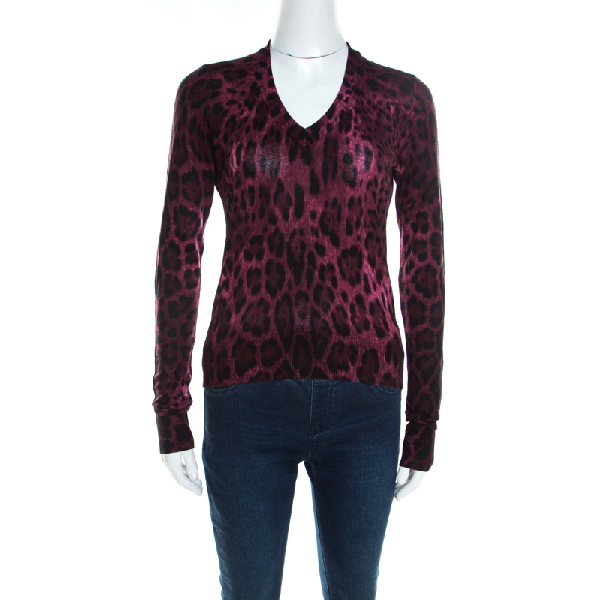 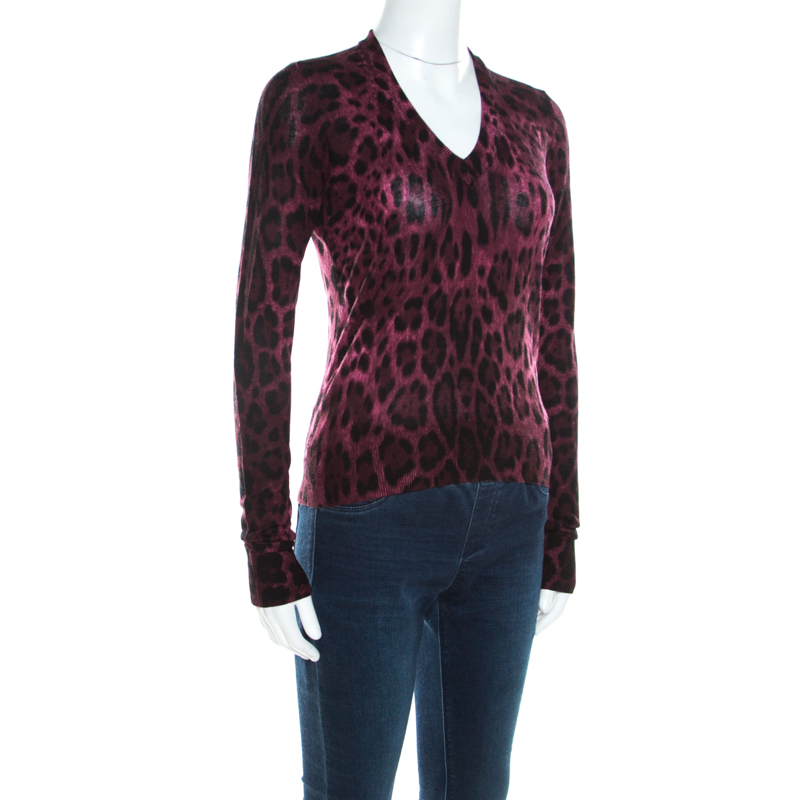 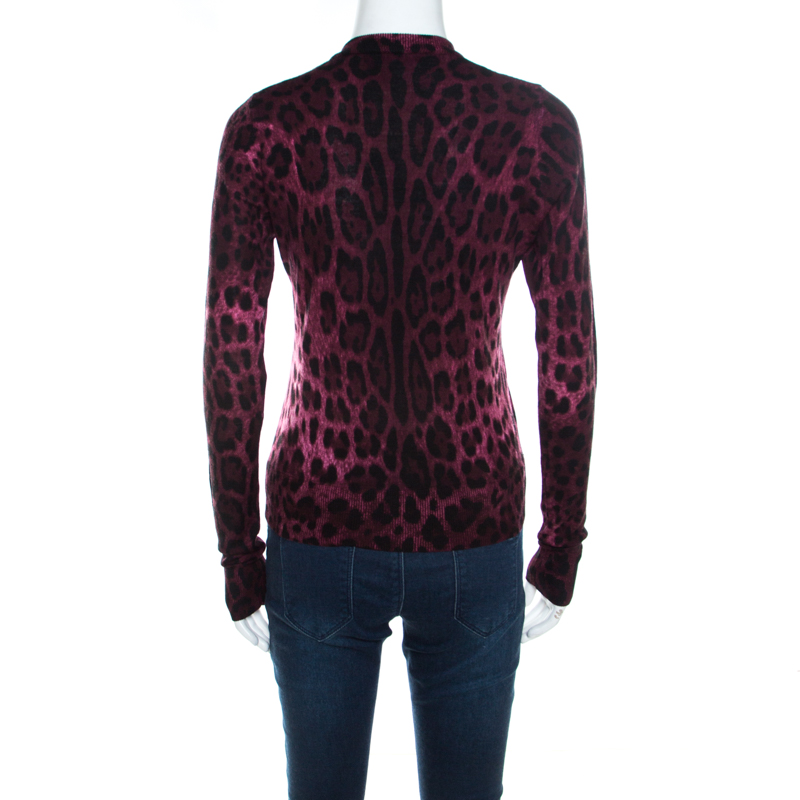 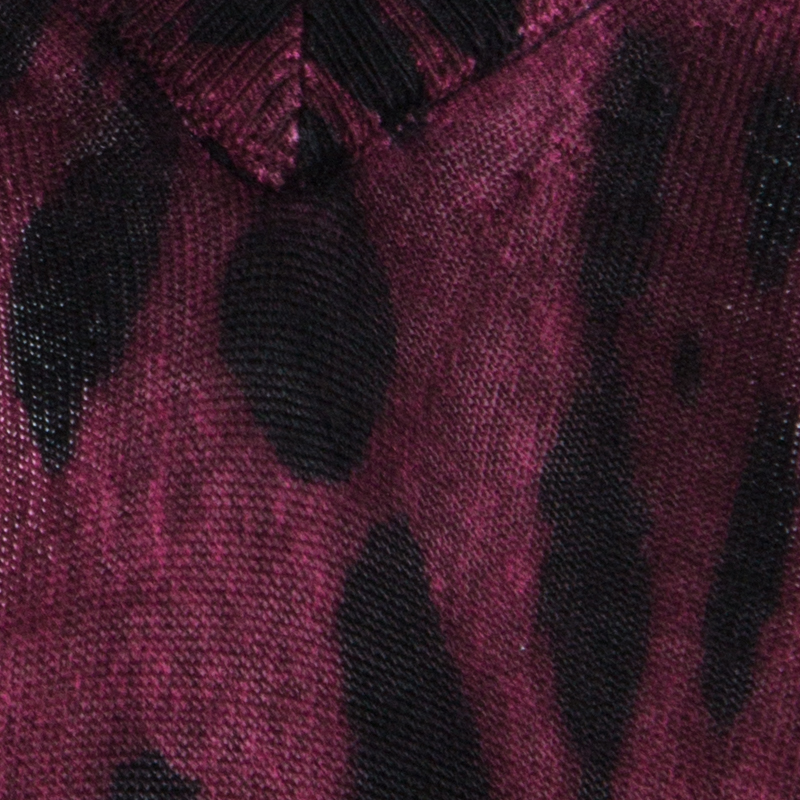 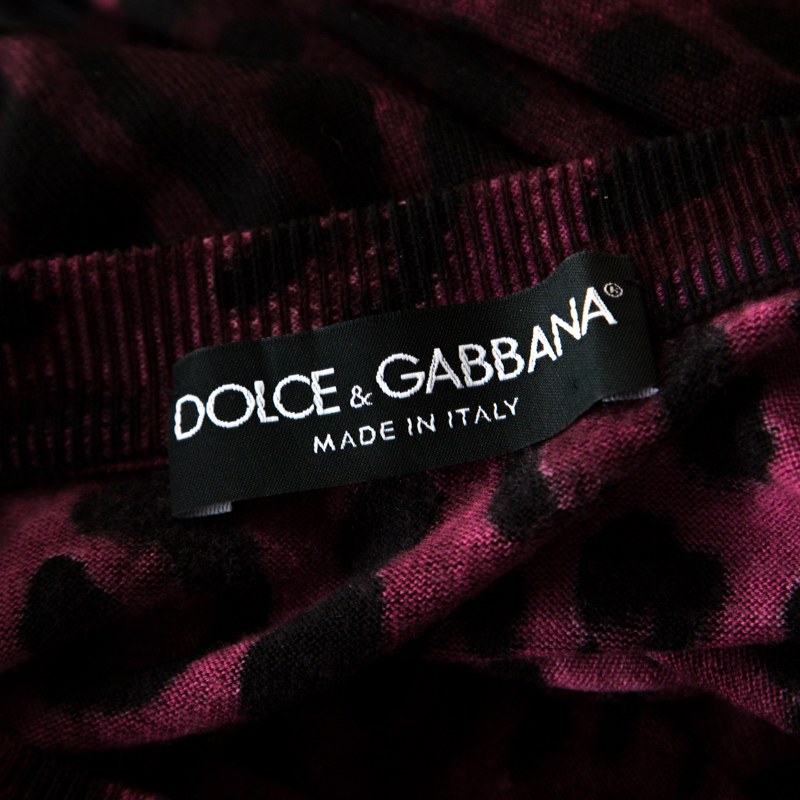 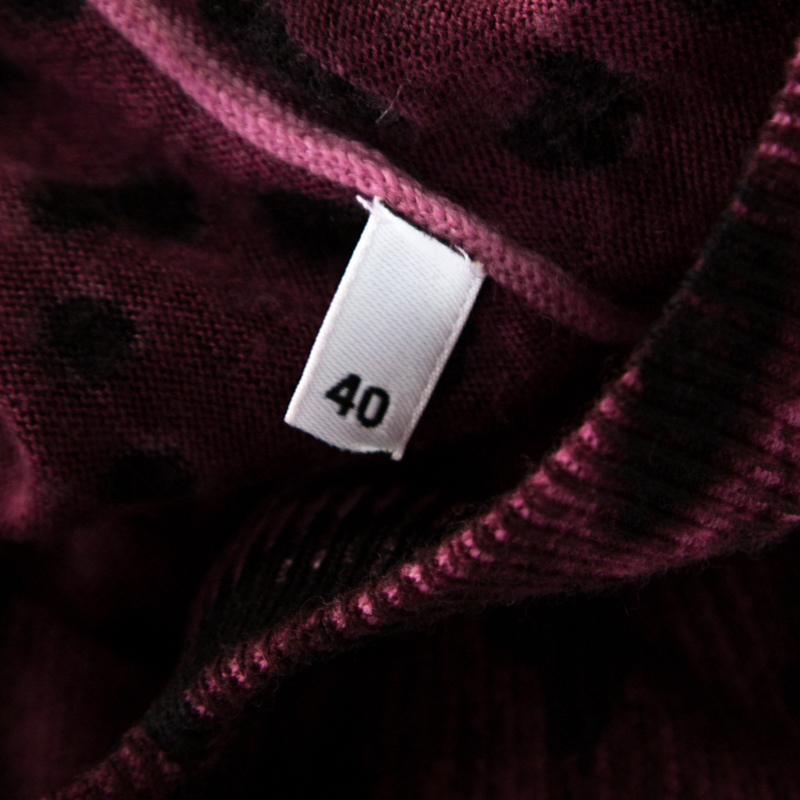 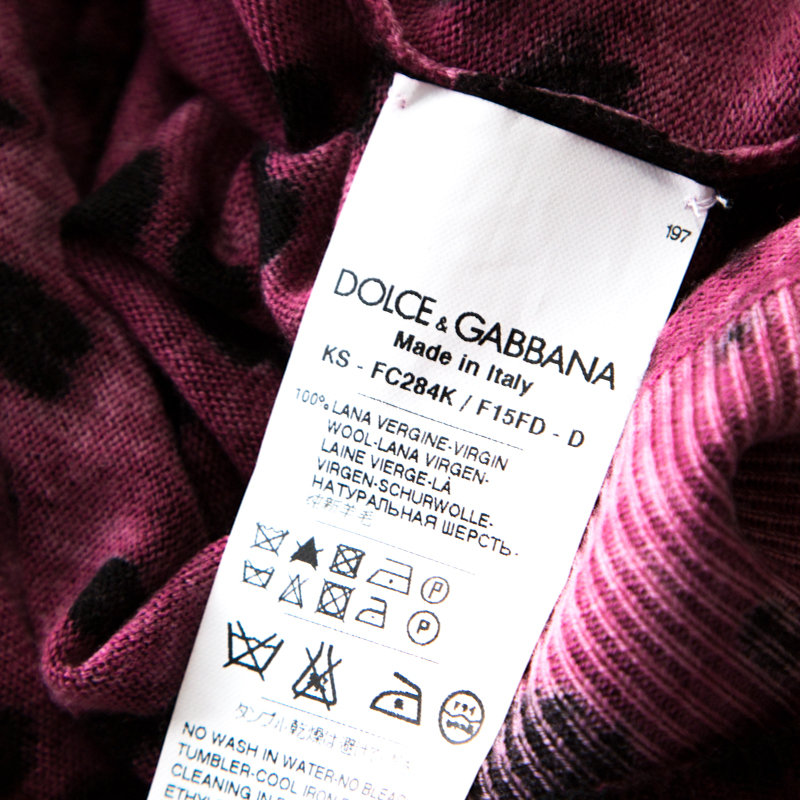 An apt choice for casual outings, this sweater top from Dolce and Gabbana features a purple hue along with a covetable silhouette and a leopard print all over. Finished with a V neckline, wear this top with a pleated skirt and sandals to complete the look.