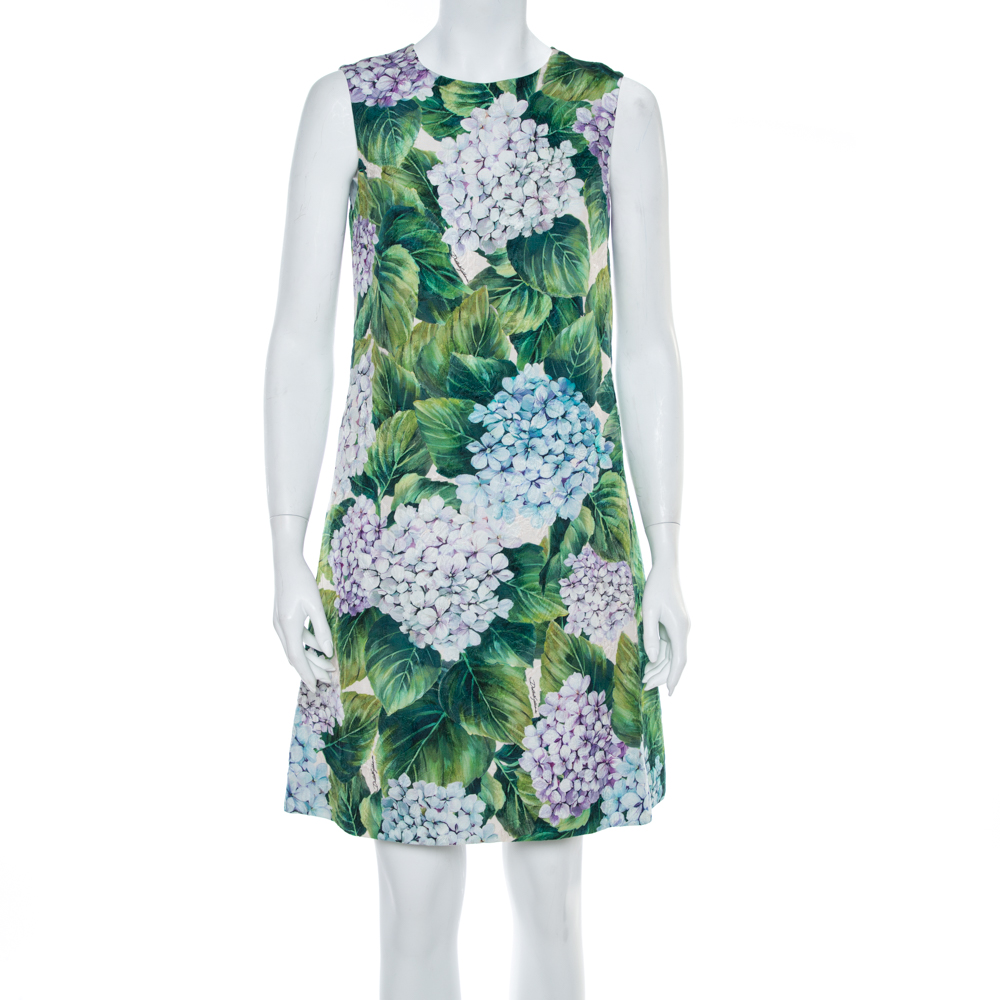 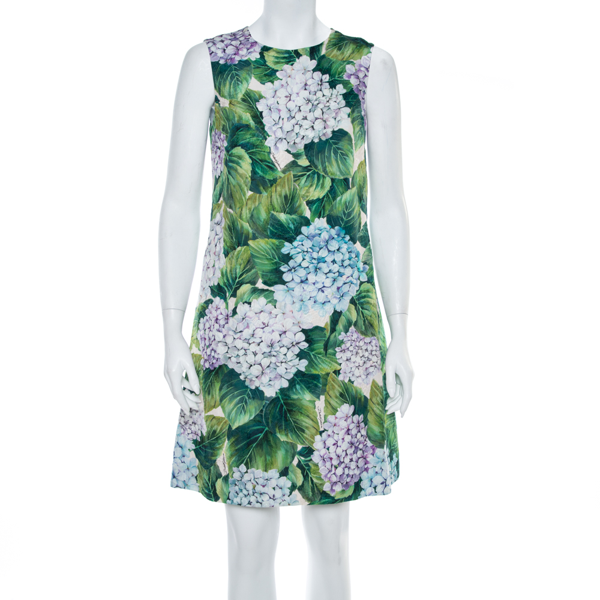 A floral dress always conjures up romance, and Dolce and Gabbanas dress is a truly striking choice. Its cut from a silk and cotton blend, has no sleeves, and a knee length. It features beautiful Ortensia prints all over that add to the beauty of this creation. Keep your accessories minimal and let the labels craftsmanship speak for itself.