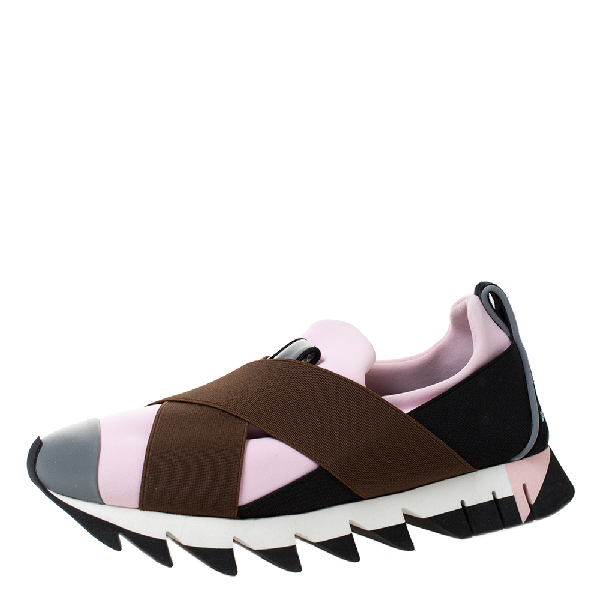 Coming from the house of Dolce and Gabbana, these sneakers are perfect for travelling or everyday city trips. It is crafted from a multicolor neoprene and accented with the cross elastic bands. They are set on a textured rubber sole and have comfortable insoles. It comes with brand details at the counters and will look best with your cool casual looks.