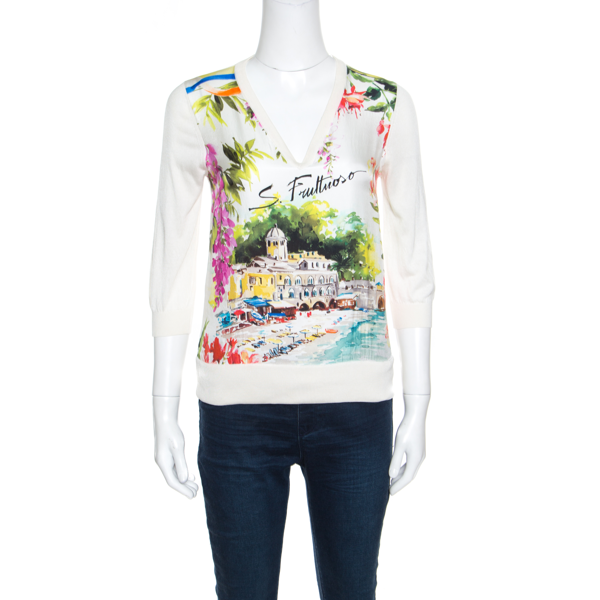 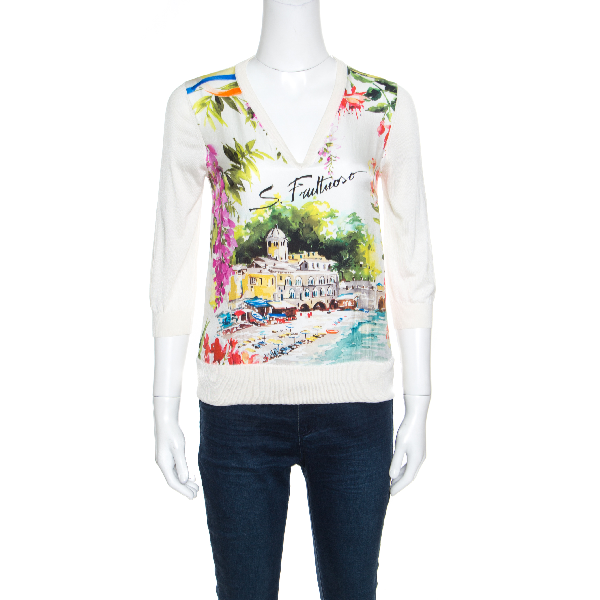 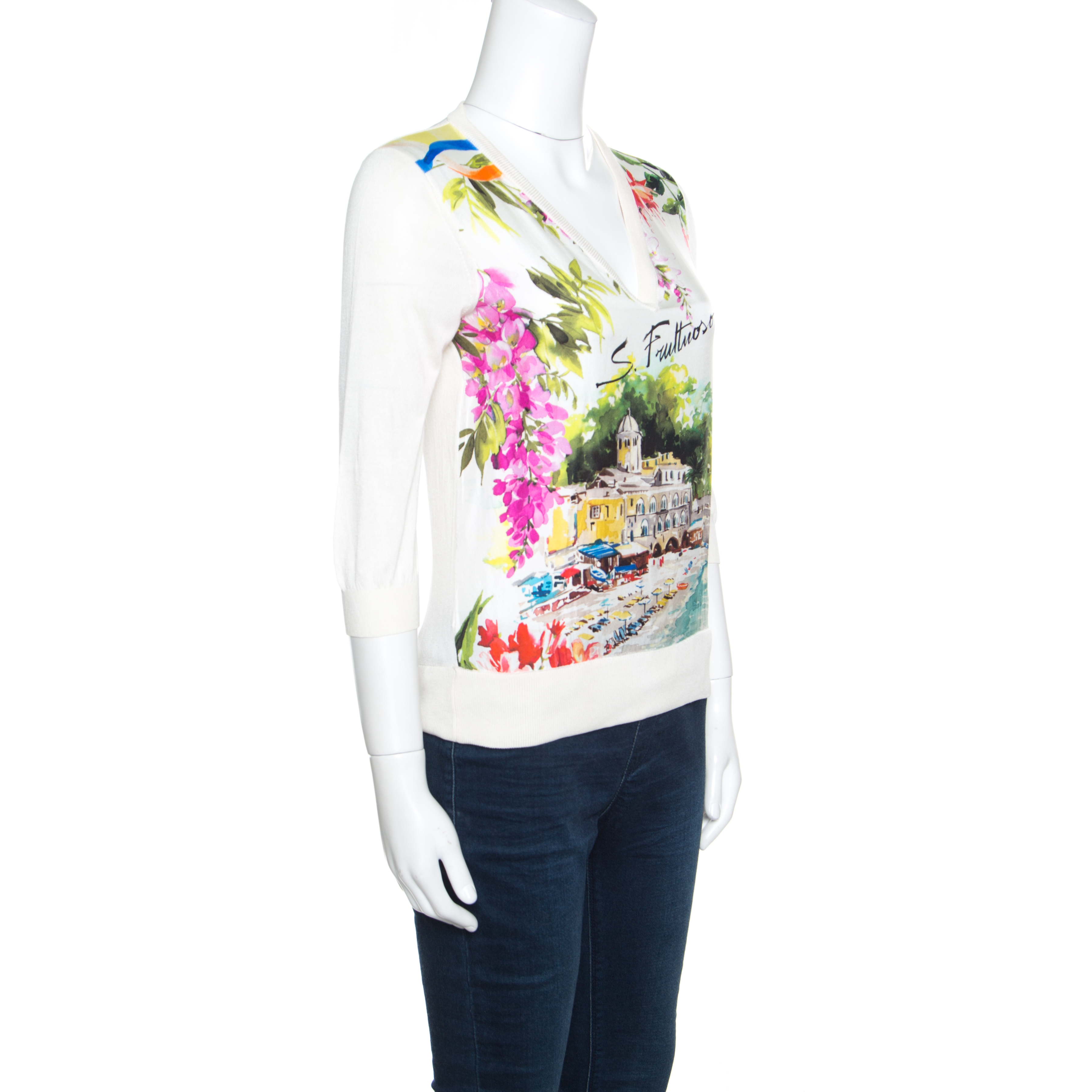 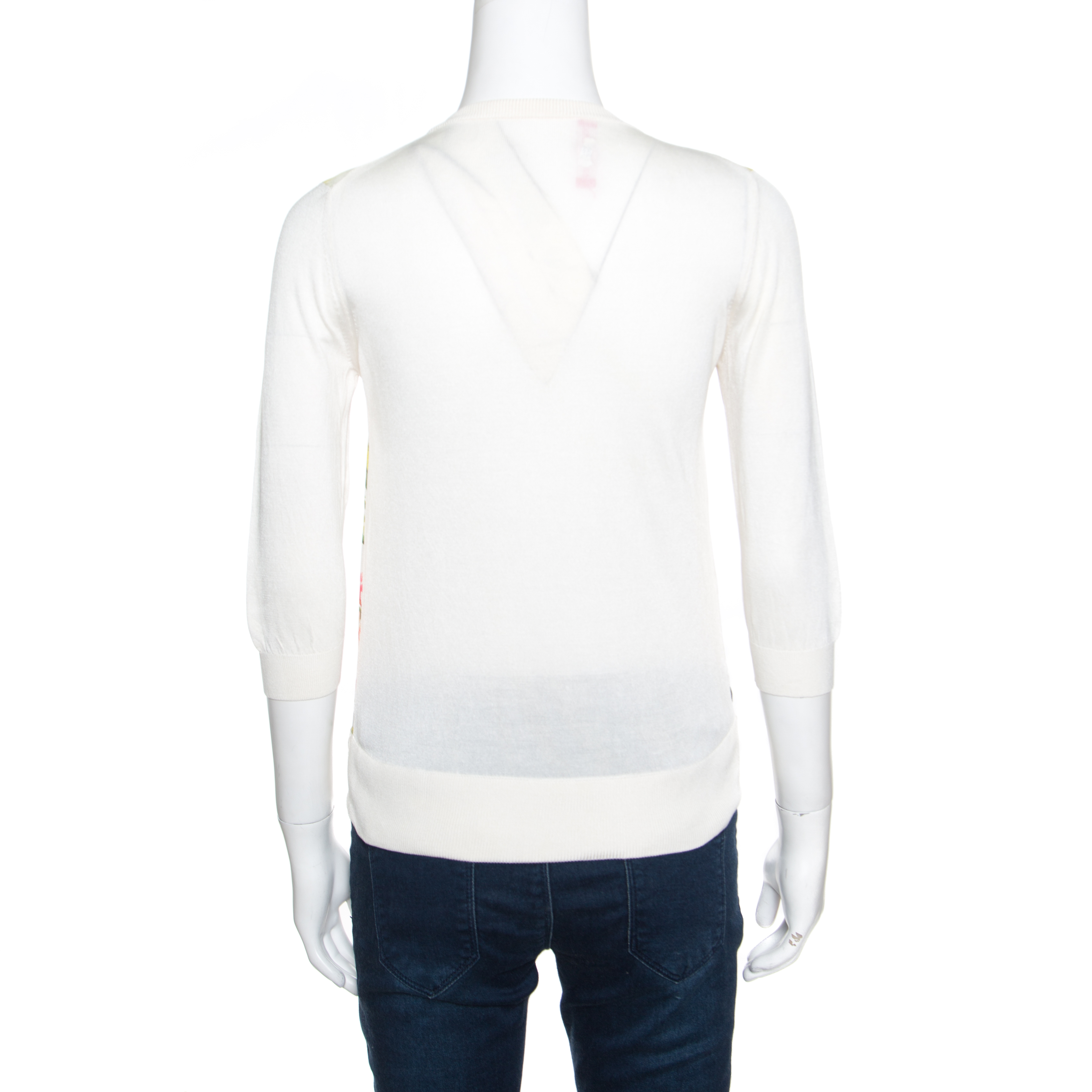 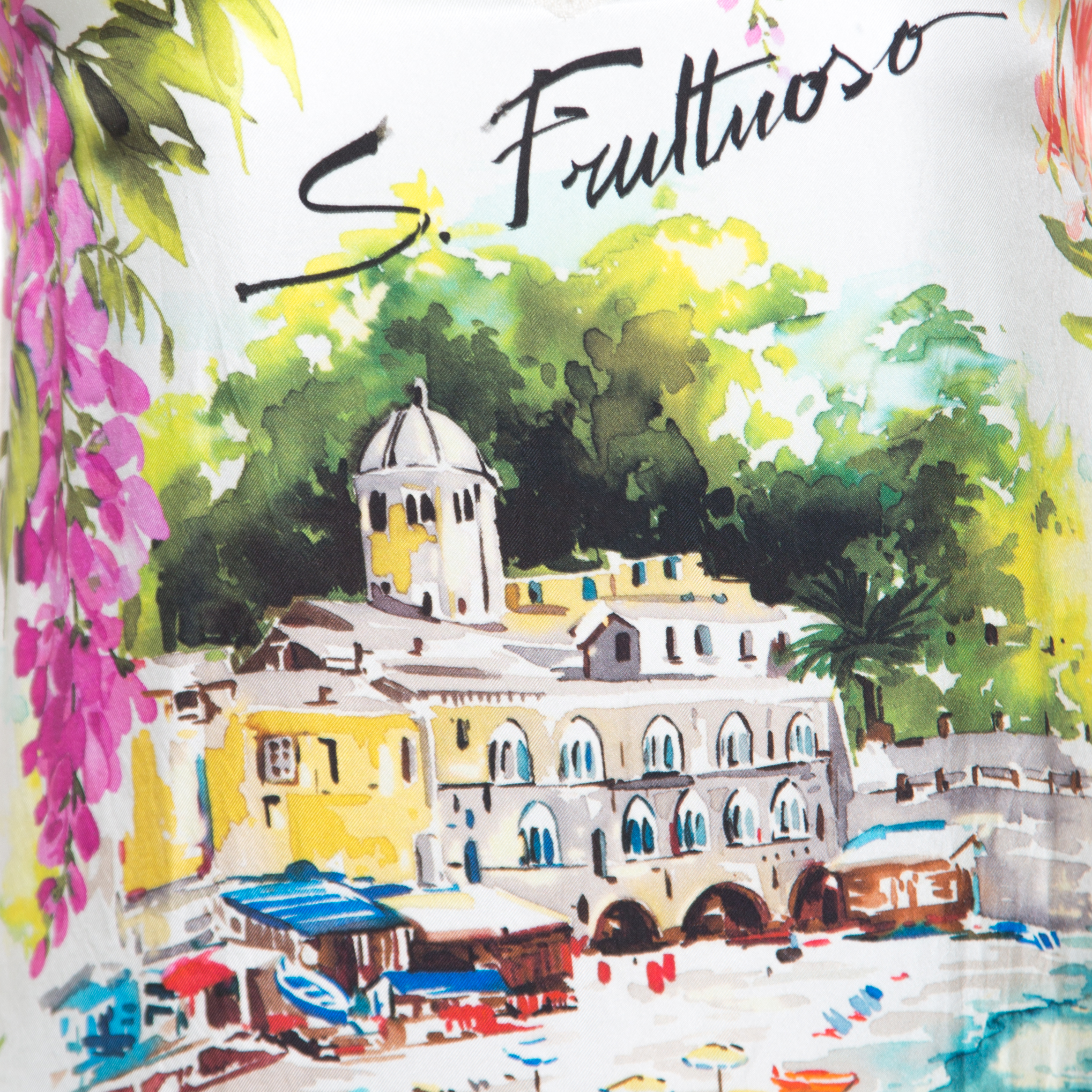 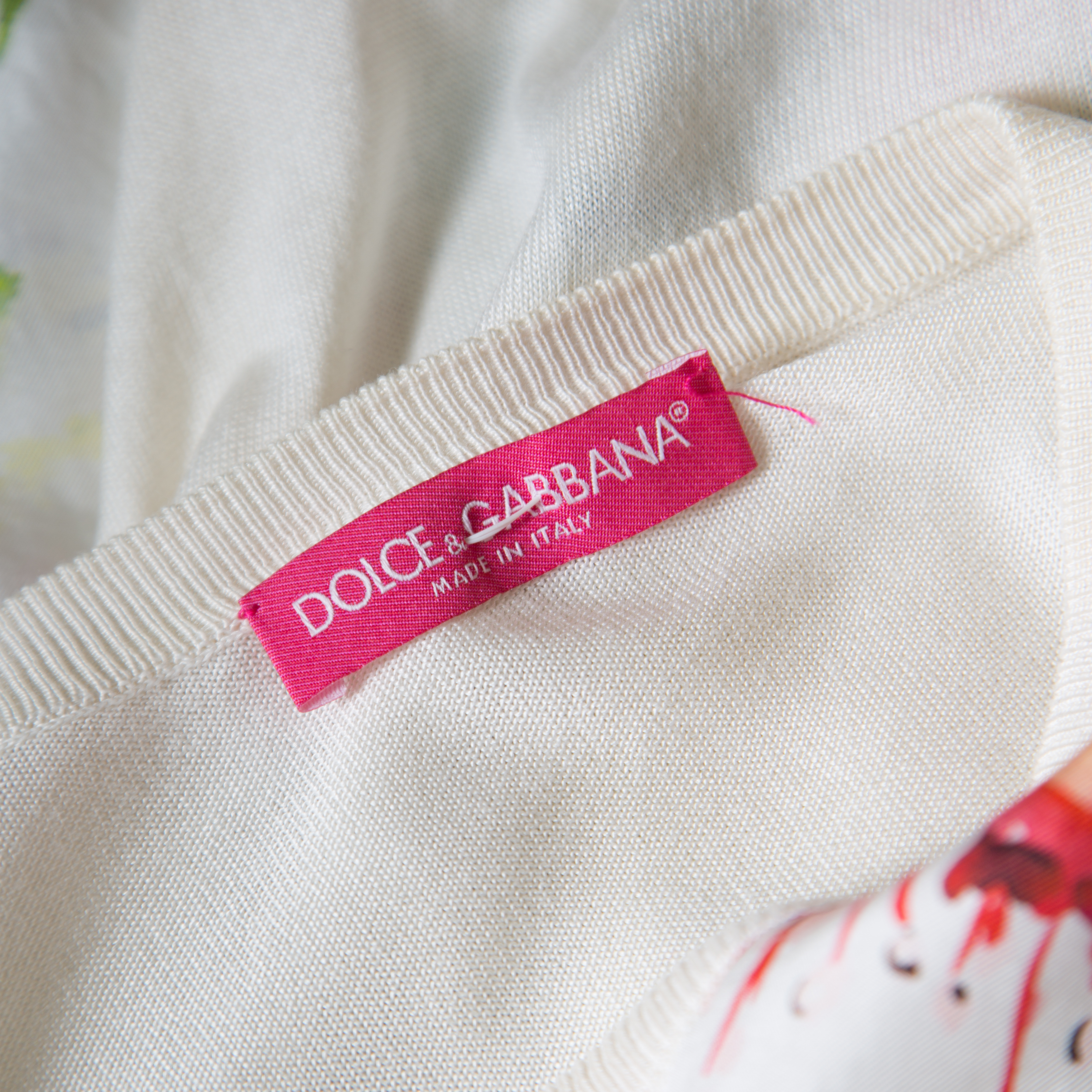 What a wonderful sight this sweater from Dolce and Gabbana brings Made beautifully from silk, the sweater brings long sleeves, a V neck and Portofino print on the front. You can team it with high waist pants, pumps and a Speedy bag.

A world of fashion, powered by technology. ModeSens pulls from the racks of 19,992 luxury brands, aggregating every product at the item level for a seamless, transparent and secure shopping experience