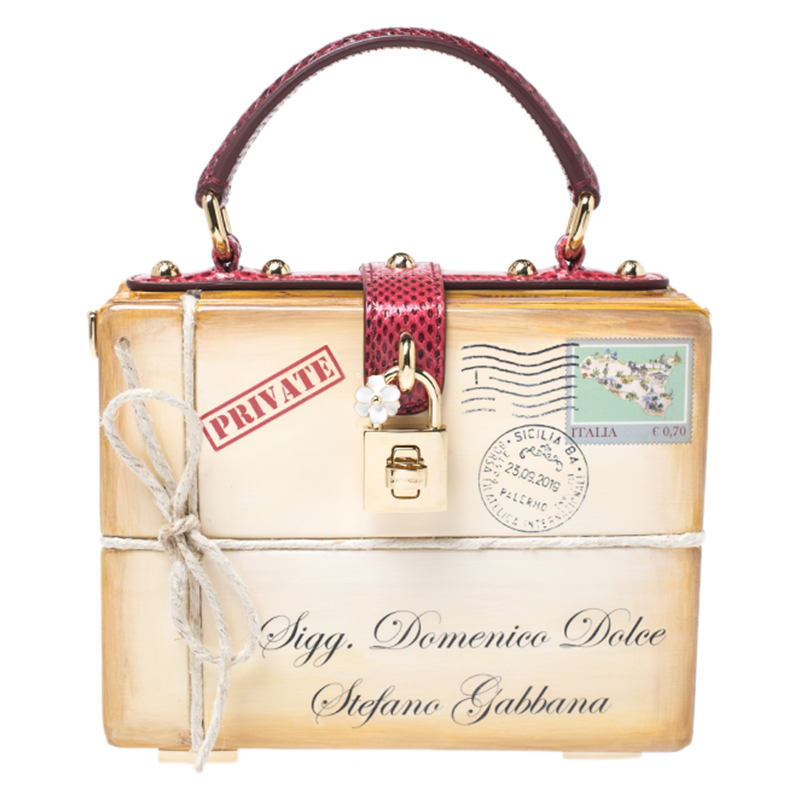 This luxurious and stylish bag from Dolce and Gabbana is a treat to our eyes The extravagant Italian brand offers you a bag that has been crafted in Italy and is made from exotic snakeskin and polylactic acid plastic. It is decorated with a postcard print on the front and an envelope print at the rear. A shiny gold tone turn lock padlock with a daisy secures the leather insides of the bag. The luxurious piece is complete with a top handle, a shoulder strap, protective metal feet and gold tone hardware. Grab this one of a kind bag now