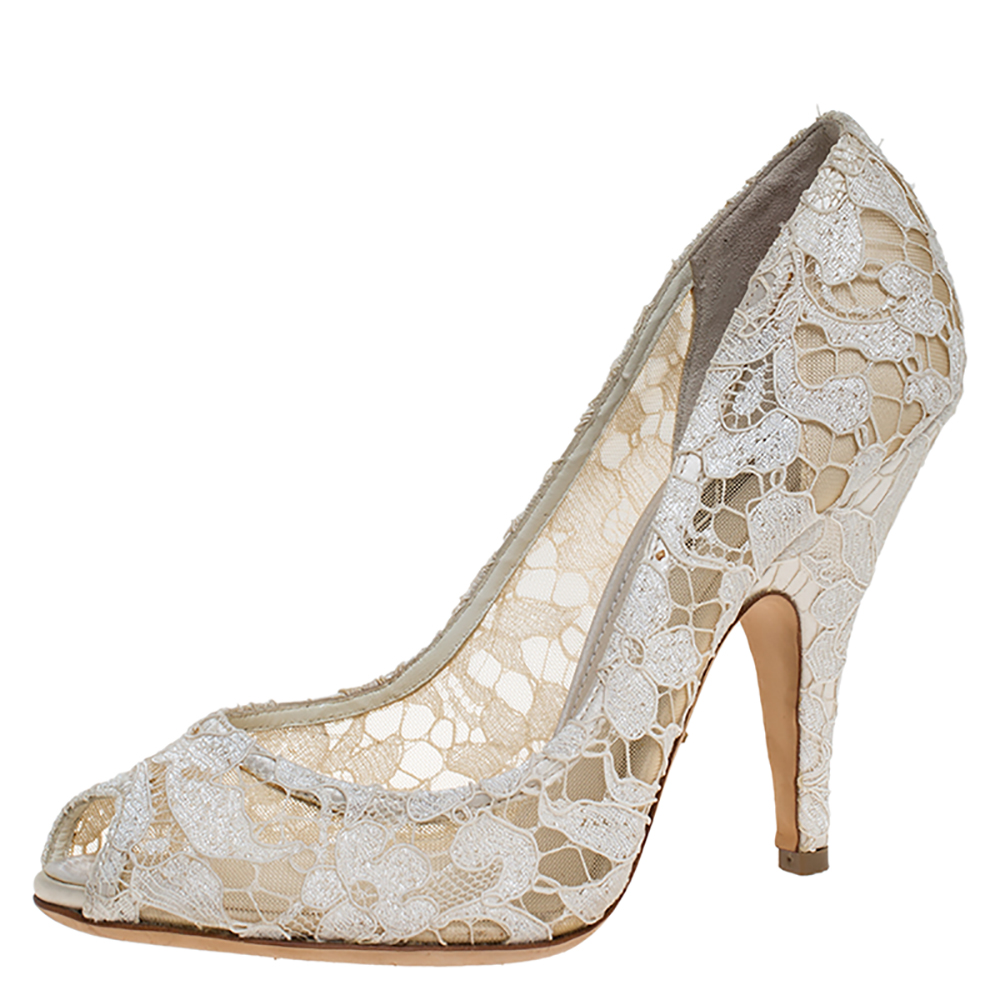 Defining sensuality with unparalleled class, this sultry pair by Dolce and Gabbana is a must have Made from off white satin and lace, they are delicately coupled with peep toes and 11 cm heels. Perfect for a host of occasions, these pumps will take your look to the next level. They are finished with leather insoles and soles.