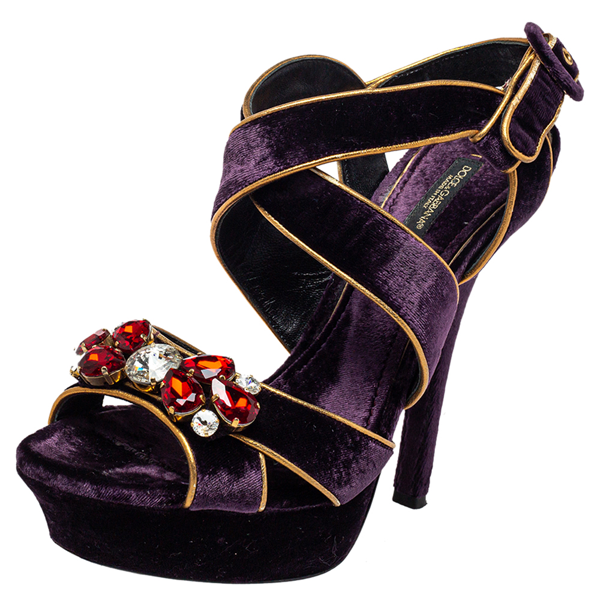 Leave your audience spellbound with this pair of Dolce and Gabbana sandals These beautiful sandals have been styled with perfection just so a diva like you can flaunt them. In purple and metallic gold, the pair has been crafted from velvet and leather trims and designed with crystal embellished straps, cross ankle straps with buckle fastening, and solid platforms. They are equipped with comfortable insoles and stand tall on slender heels. Theyll look amazing with all your dresses this season.