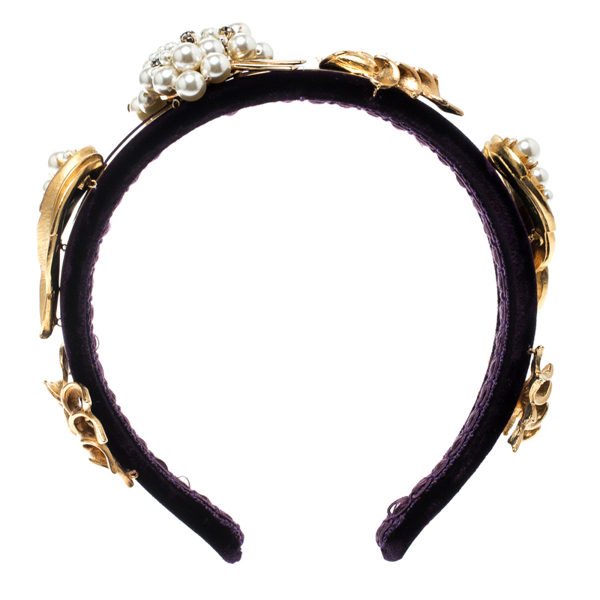 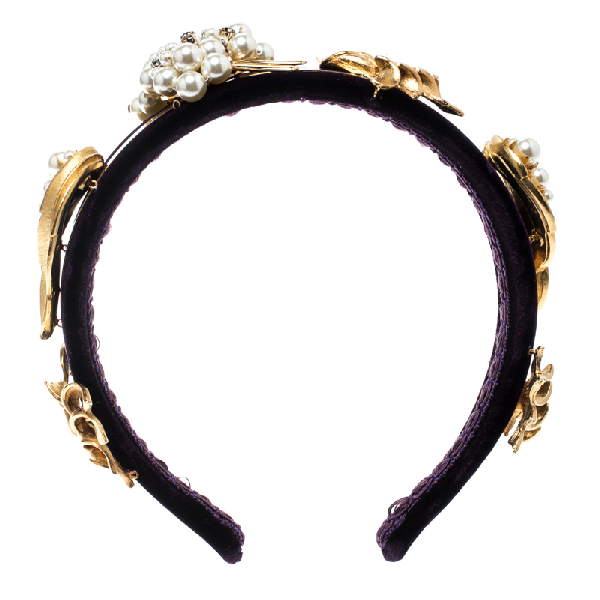 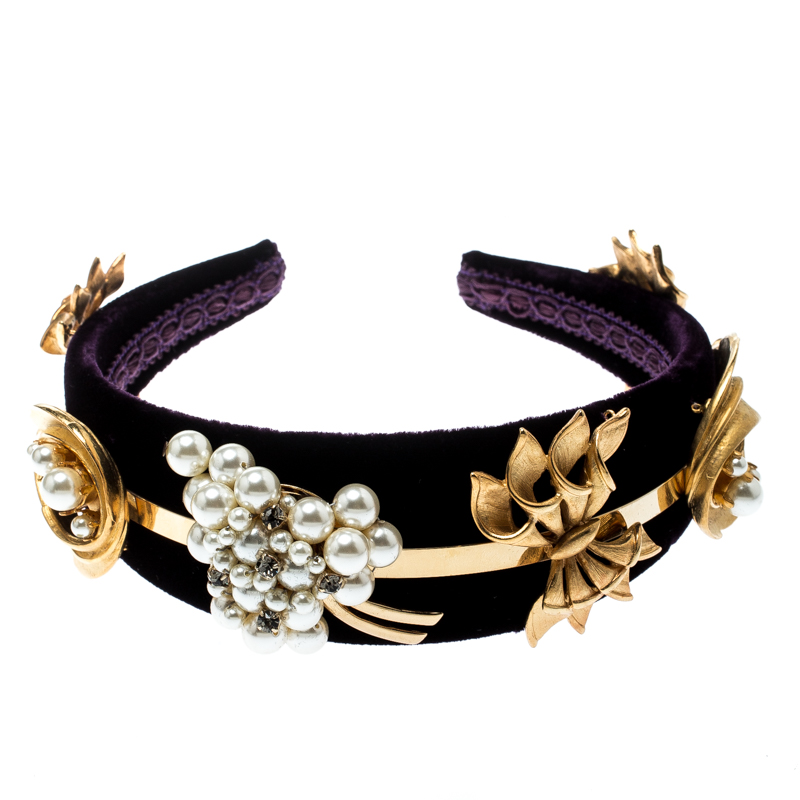 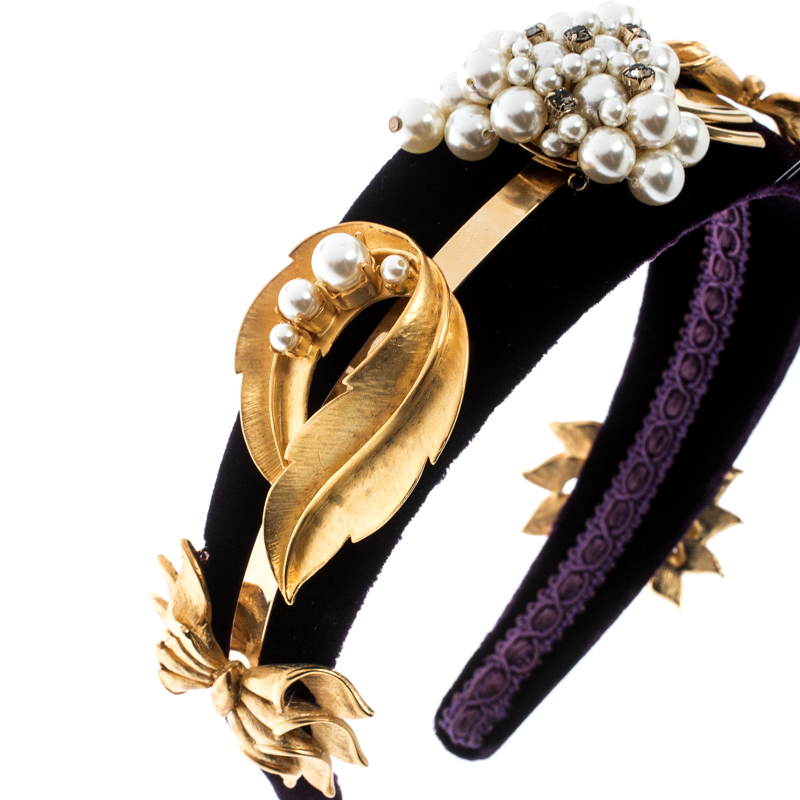 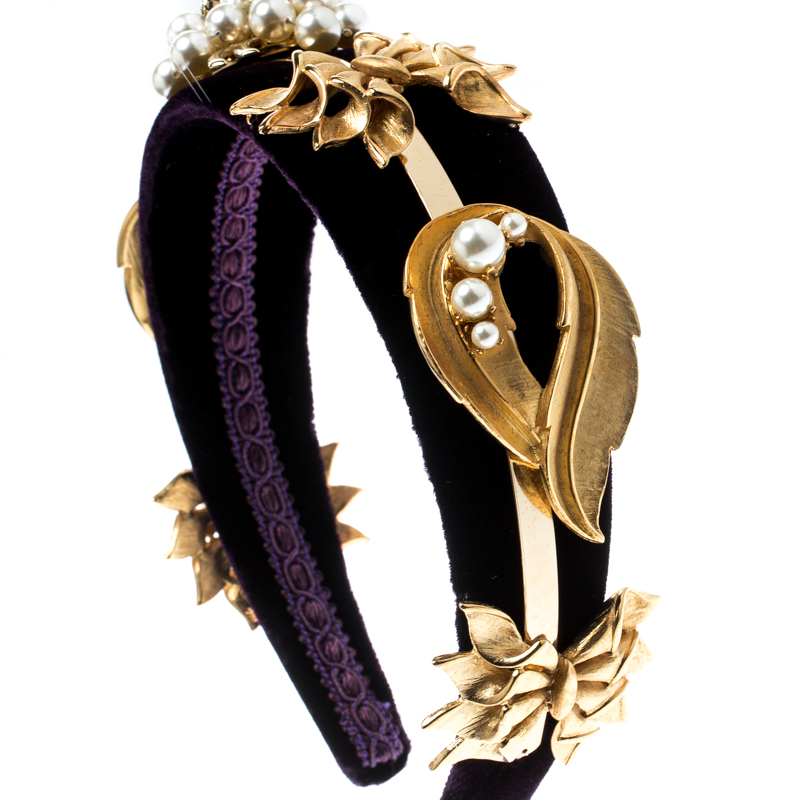 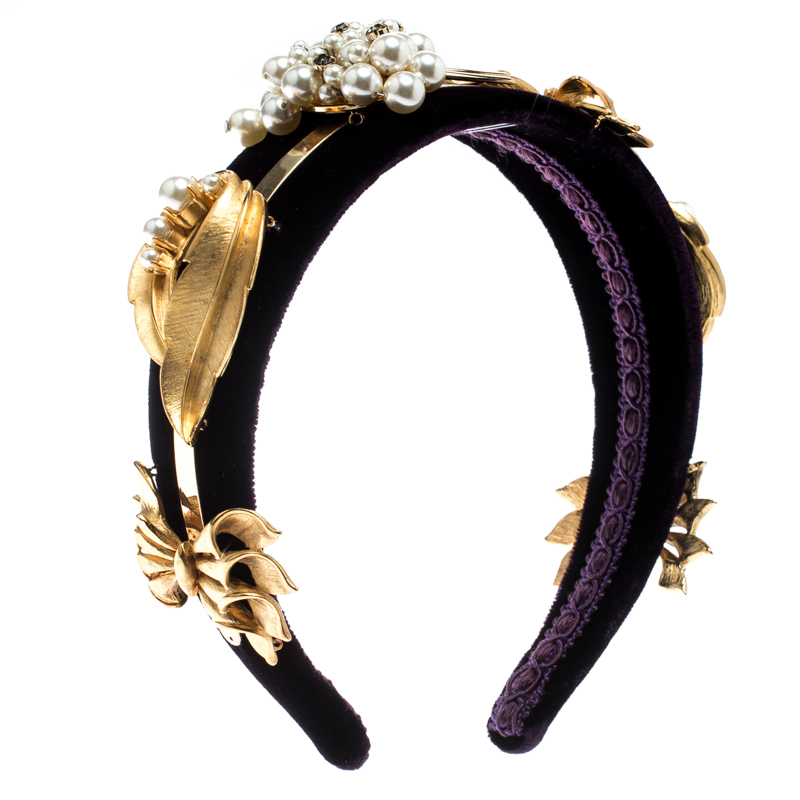 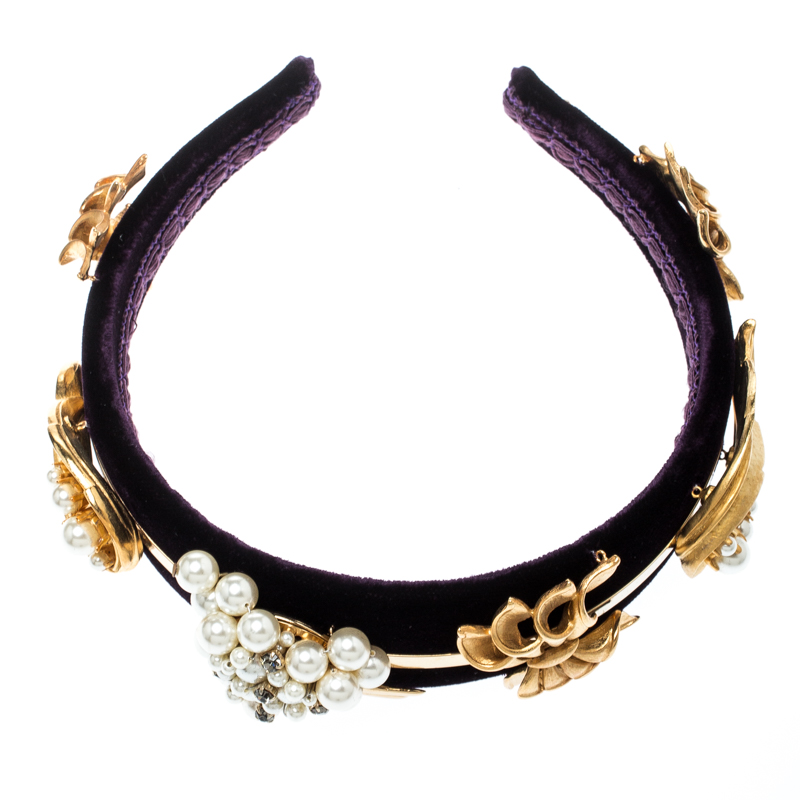 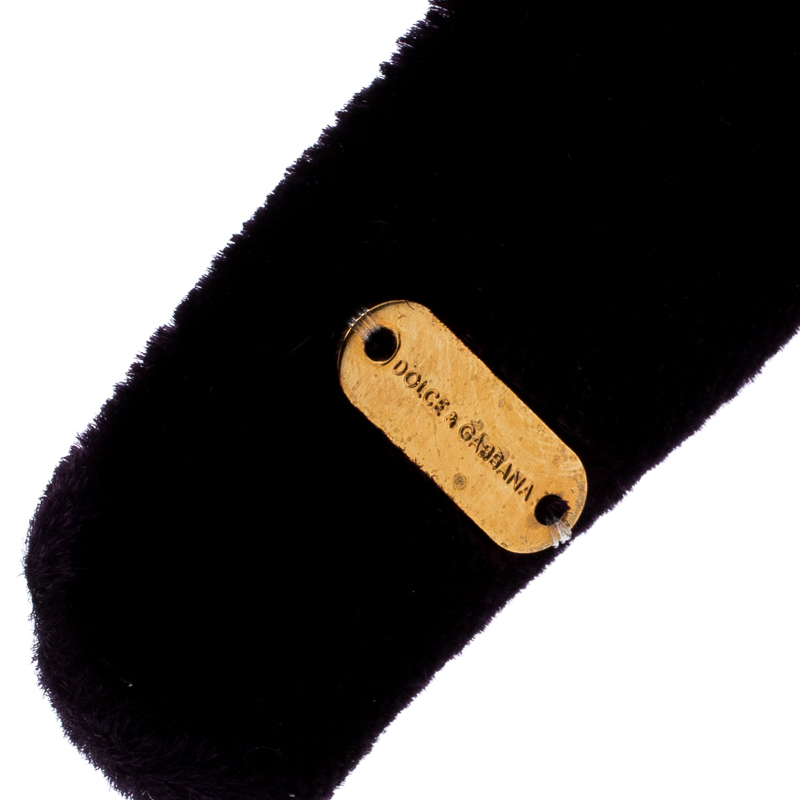 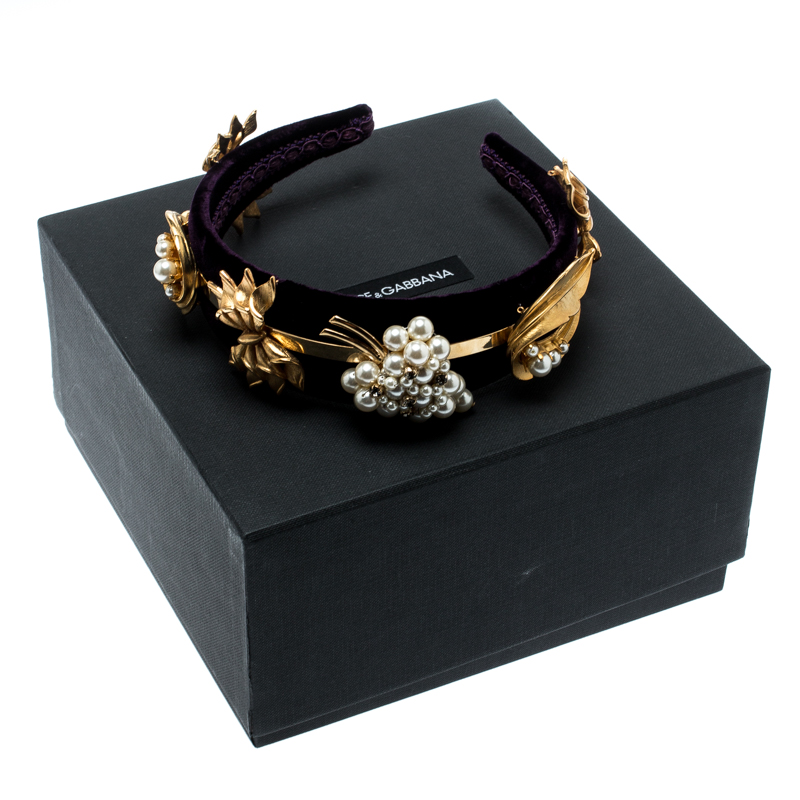 The Dolce and Gabbana embellished headband creates a look for you that you can easily call your crowning glory. It is covered in velvet and decorated with gold tone motifs and faux pearls, making it comparable to a tiara.