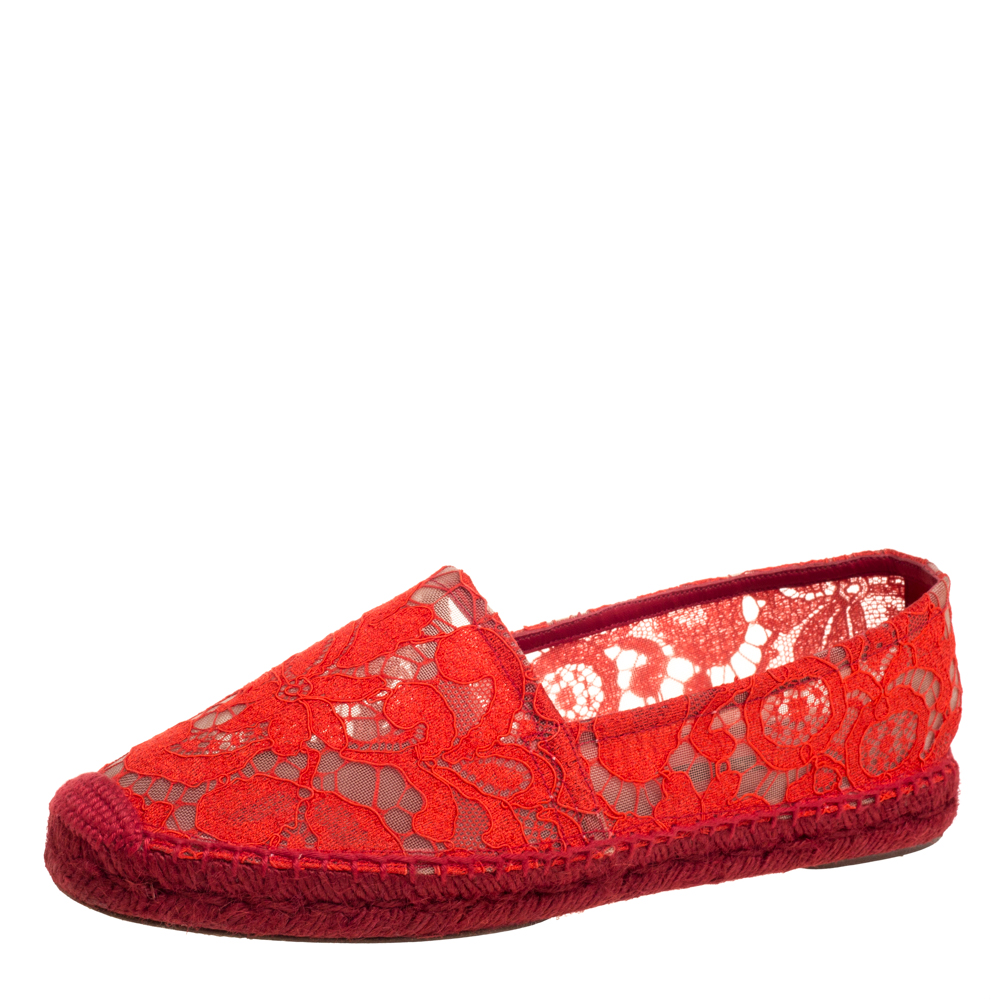 To elevate your style, Dolce and Gabbana brings you this pair of espadrilles that speak nothing but luxury and feminity. Theyve been crafted from dainty lace in a red shade. The comfort filled flats are easy to slip on, and they are just the right choice to complement your fashionable side.