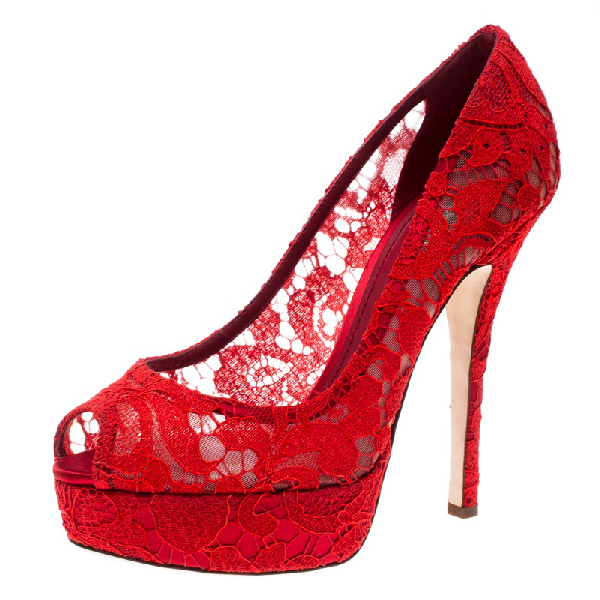 Ravishing, regal and resplendent, these pumps from Dolce and Gabbana are here to take your breath away The red pumps have been crafted from lace and mesh and feature a peep toe silhouette. They come equipped with comfortable satin and leather insoles, 14 cm heels and solid platforms that offer maximum grip while walking. A long, flowy gown will go perfectly well with this gorgeous pair.