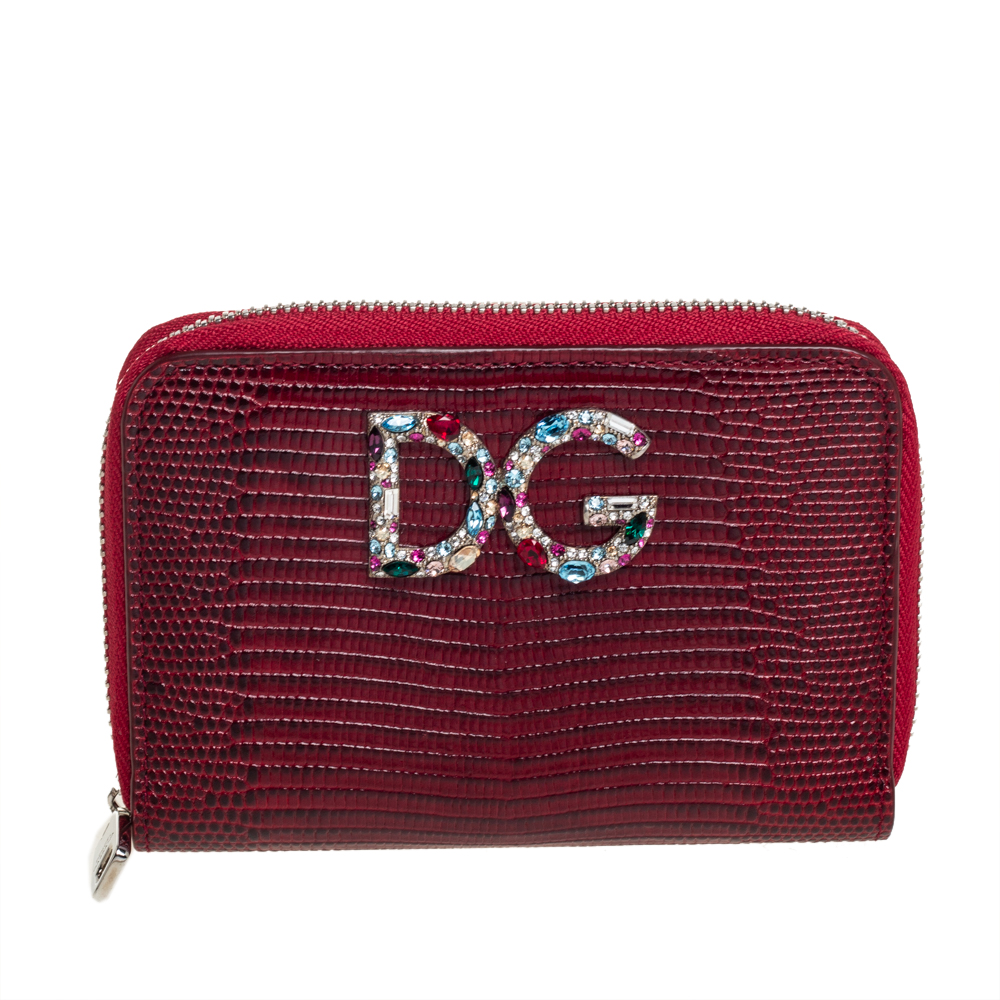 This lovely wallet from Dolce and Gabbana will surely delight your impeccable style. It has been crafted from lizard embossed leather in a red shade and designed with its signature DG logo embellished with crystals. It also brings multiple slots and compartments.