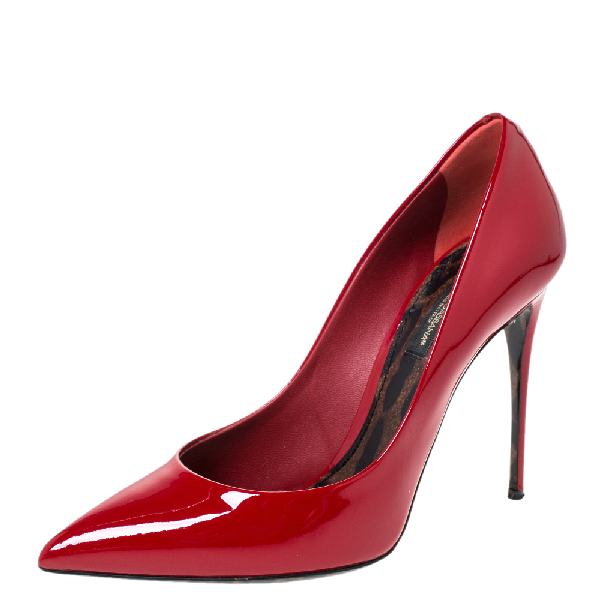 Look stunning in these pumps from Dolce and Gabbana, with dresses or formal wear alike. In a world of basics, these red pumps will set your style apart. They are styled with pointed toes, 10 cm high heels, sculpted top line and insoles that carry the brand label. They are finished with durable leather soles.