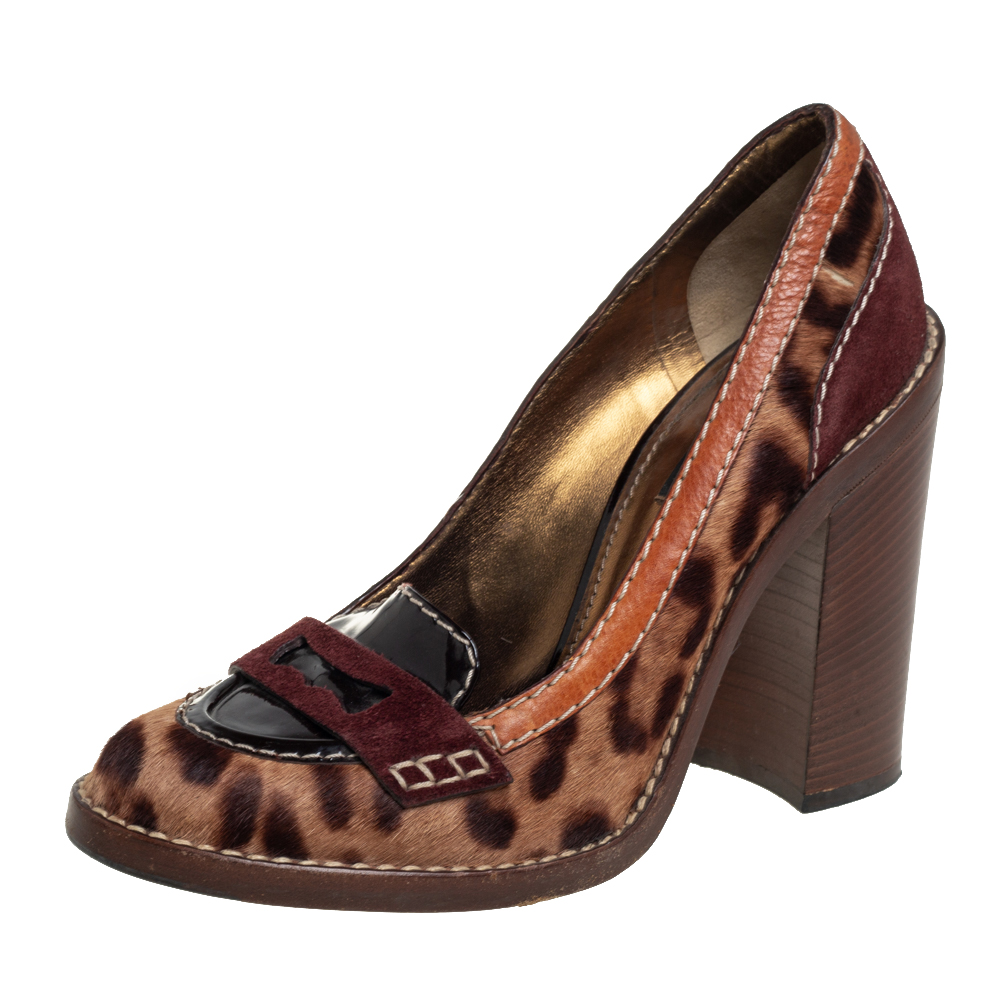 Perfect for all seasons, these pumps by Dolce and Gabbana will be a favored pick. Theyre crafted using animal printed calf hair, detailed with leather and suede trims, and elevated on 12 cm block heels. Nail a luxe look by complementing your outfit with these pumps.