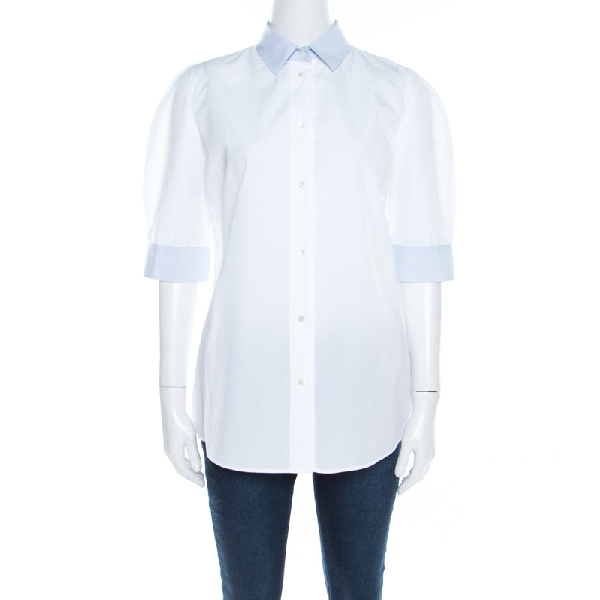 Minimal in design and style, this white shirt from Dolce and Gabbana is sure to be an amazing addition to your wardrobe The creation is made of cotton and features a contrast collar and contrast bands on the sleeves as well as full front buttons. Pair it with trousers or skirts for a formal look.