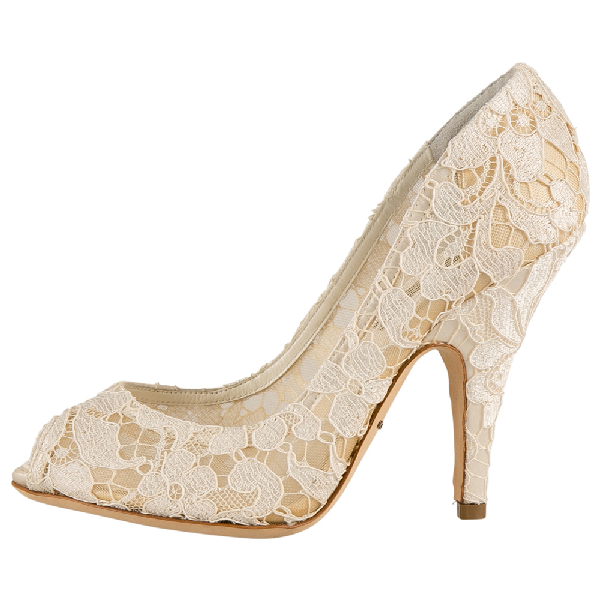 Own these Dolce and Gabbana pumps and flaunt your charming fashion choices. This pair is made from floral white lace exhibiting elegance and poise. These peep toe pumps come with an 11cm heel feature a leather sole and satin insole. Team it with a beautiful dress or gown.