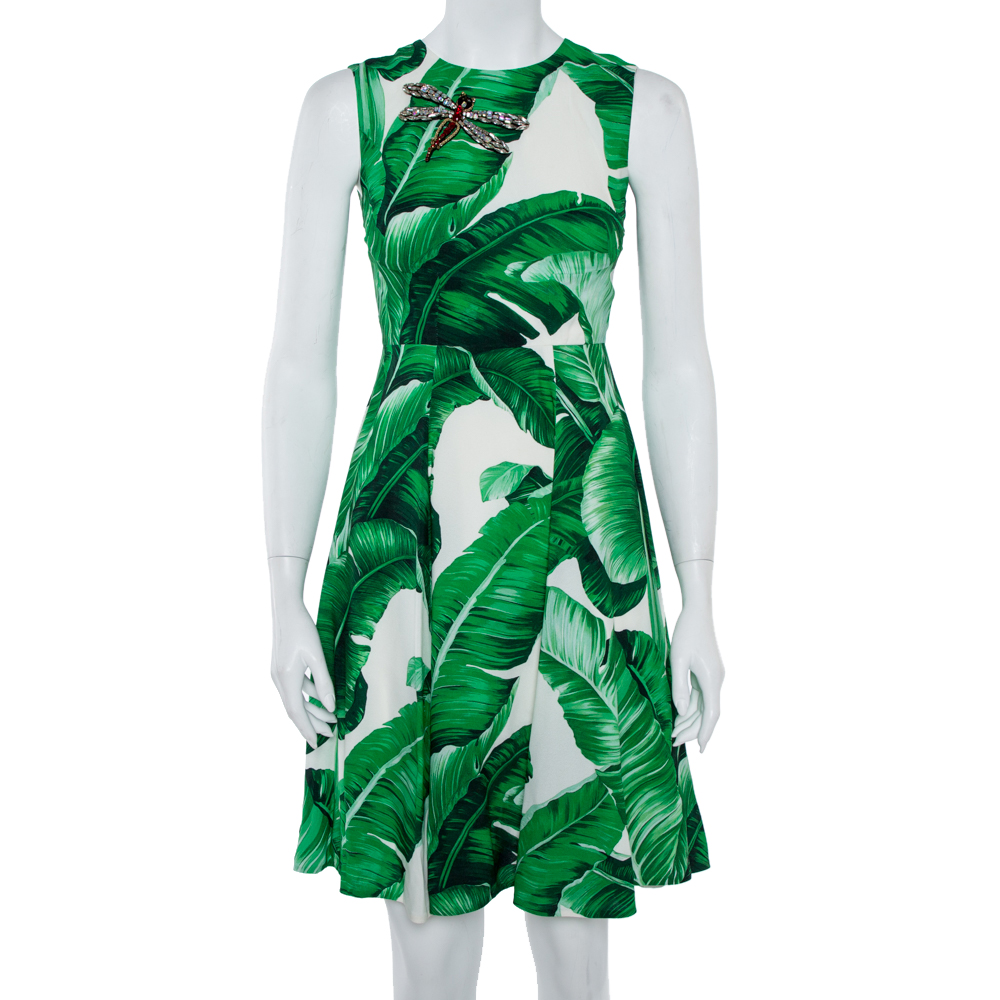 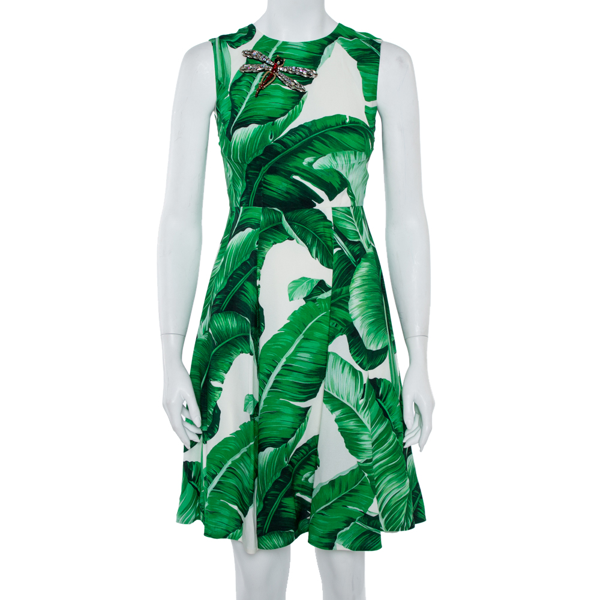 Dolce and Gabbana loves to interpret tropical prints This eye catching dress is cut to a signature silhouette with a round neck and pleated skirt. Its printed with vibrant green banana leaves and features a scattering of sequins and crystal encrusted Libellula for evening worthy impact.