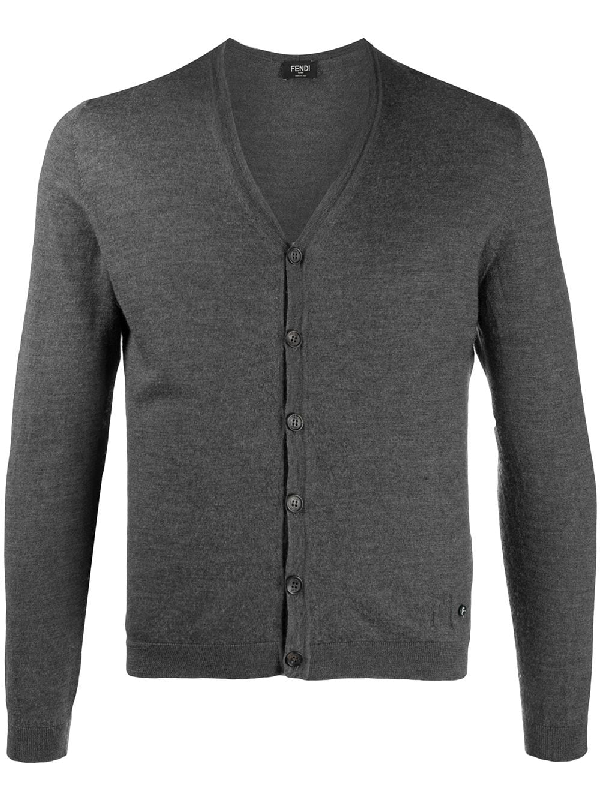 Grey wool-silk-cashmere blend 2000s V-neck cardigan from Fendi Pre-Owned featuring V-neck, front button fastening, long sleeves, ribbed cuffs and ribbed hem. Please be mindful that this piece has led a previous life, and may tell its story through minor imperfection. Purchasing this item continues its narrative, so you can be confident that you’re making a POSITIVELY CONSCIOUS choice for the planet .