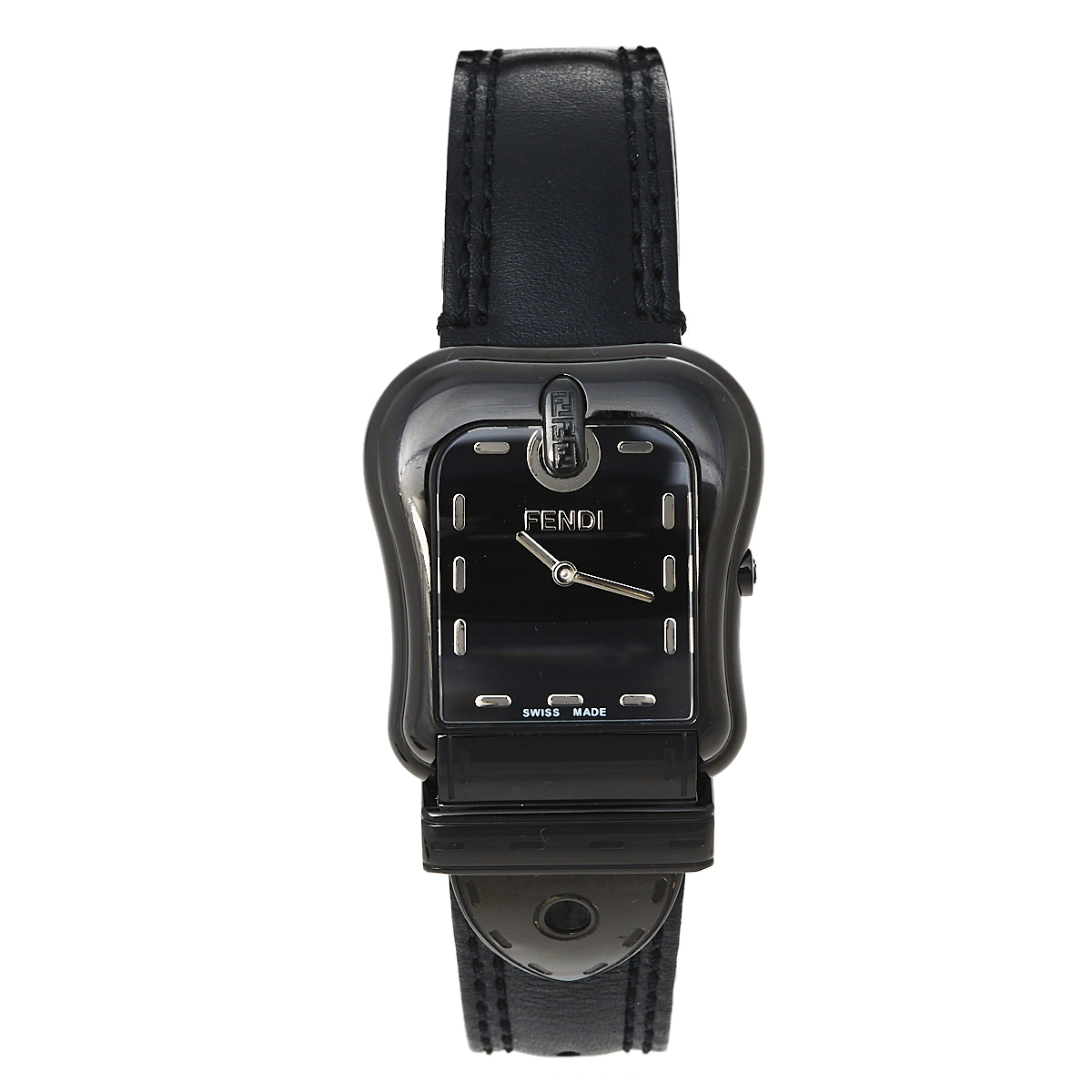 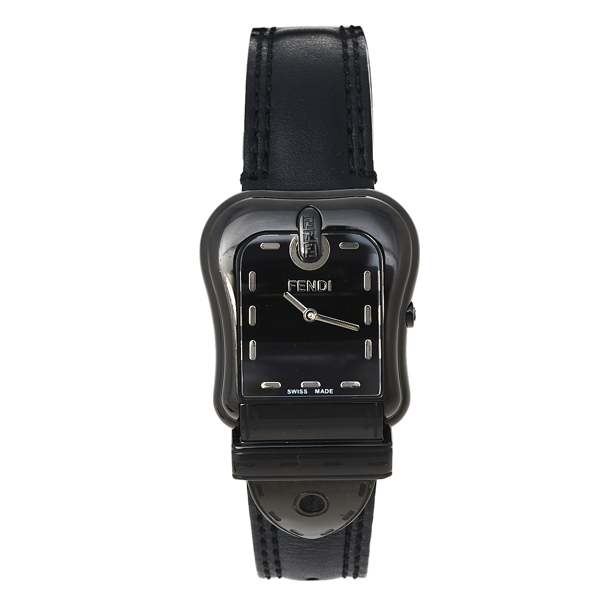 This wristwatch from Fendi is here to remind you that you deserve only the best. Swiss made and created from black PVD coated stainless steel, this watch flaunts a buckle like case. It follows a quartz movement and has a black dial with hour markers and two hands. It also boasts a smooth bezel and a leather bracelet with a buckle clasp.