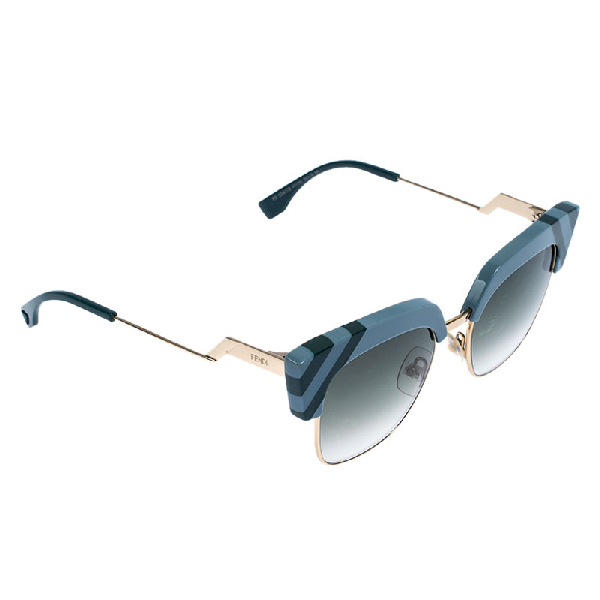 The stylish square silhouette is combined with gorgeous wave patterned applications on the uppers and amazingly carved metal temples, to make these Fendi sunglasses one of a kind and super fashionable. From the silhouette to the classic blue hue, everything about these sunnies is fabulous. They are complete with green gradient lenses.