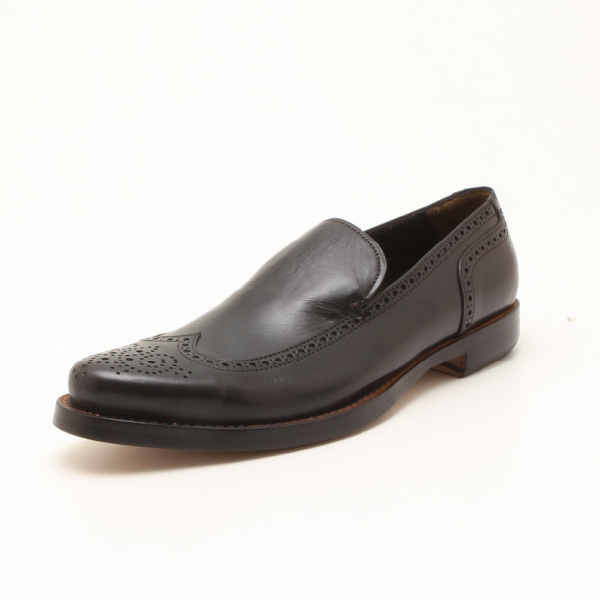 These shoes showcase the fine art of shoe making by Fendi. These formal slip on style shoes are crafted from black leather. They feature patterned perforations, a suede lined interior and a Fendi label. They include anti skid soles. Original Retail Price: US $596 Size: 43 Condition: New Material: Leather Includes: Original Dustbag and Box