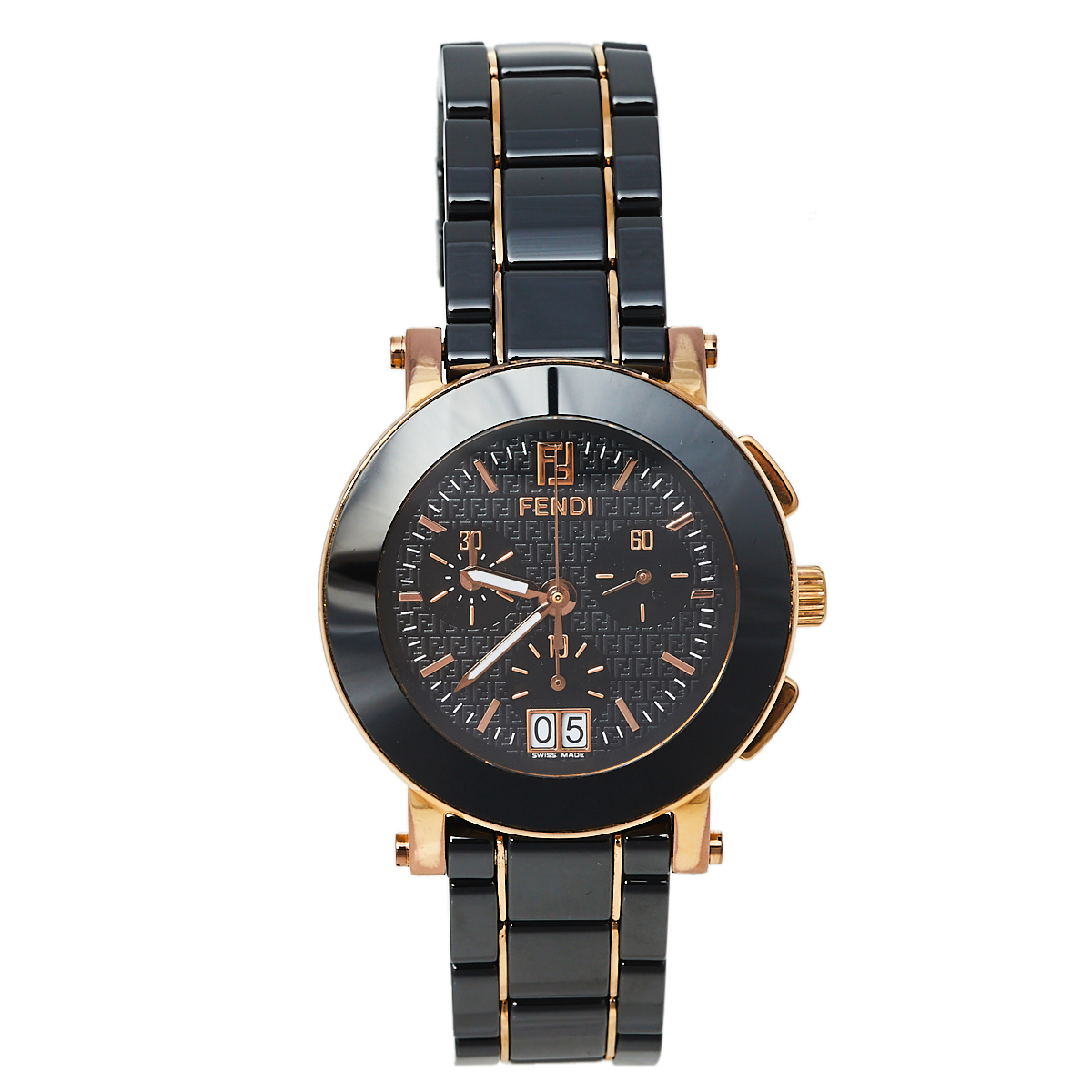 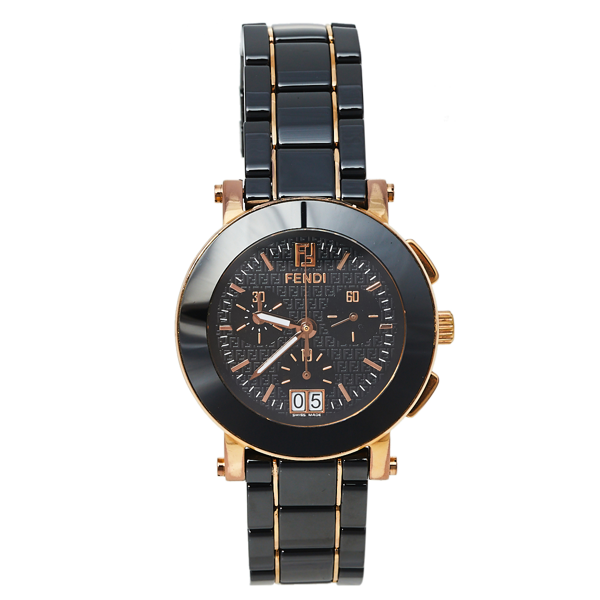 Created with skill using high quality materials, this Quartz / Chronograph watch from Fendi has been designed to tell the time in an efficient manner as well as blend in with your impeccable style. It is full of charm and is perfectly equipped to assist you on all days. It is made of ceramic and gold tone stainless steel.