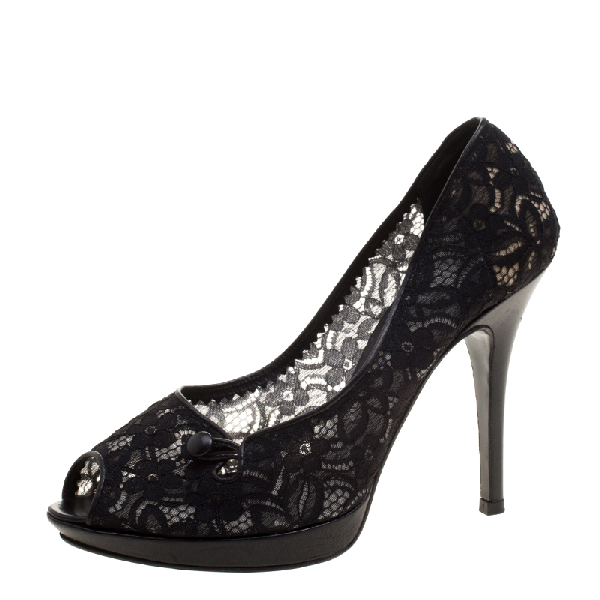 Fendis pumps are designed with a black lace body in a peep toe silhouette lending is a feminine and sensual look. They are set on slender heels balanced with a platform sole. This versatile pair can be styled with trousers or LBDs alike.