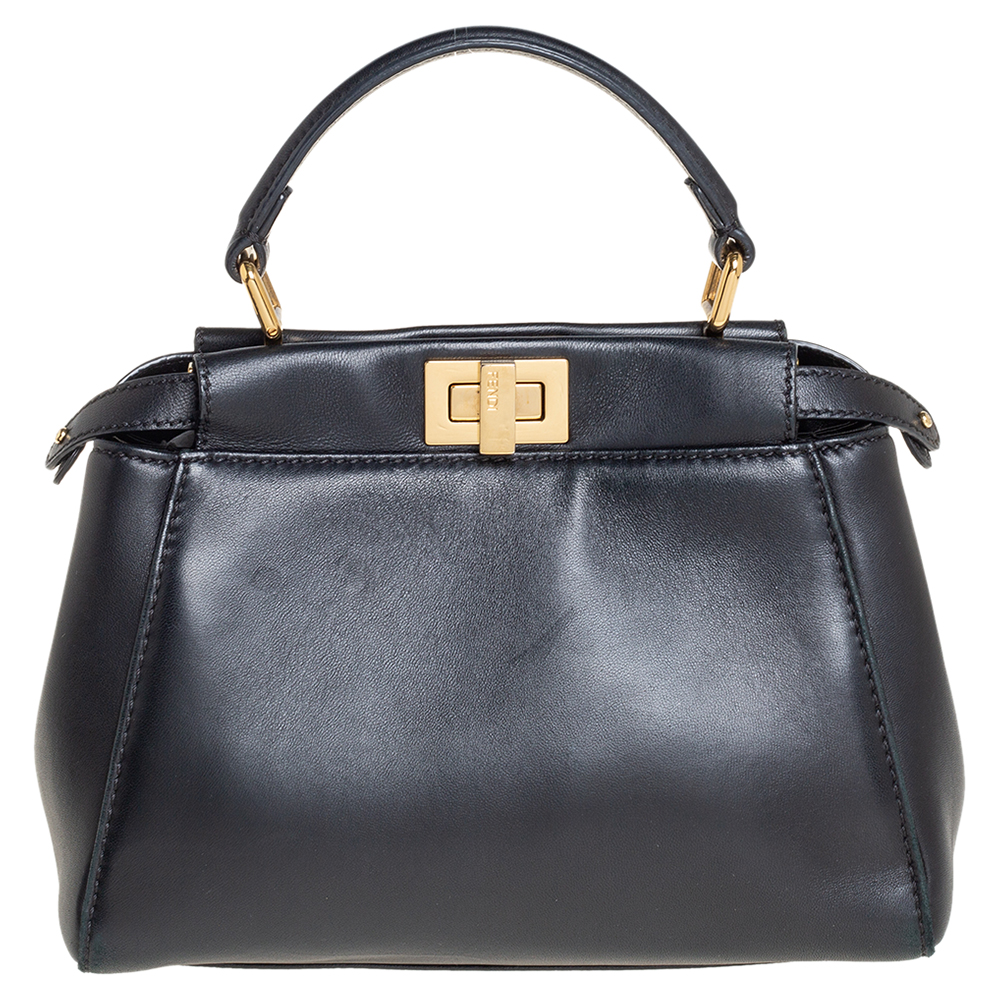 This exquisite and timeless Peekaboo from Fendi is highly coveted, and since its birth in 2009, it has swayed us with its shape, design, and beauty. This version comes meticulously crafted from leather and designed with a top handle for you to swing it. A twist lock opens grandly into a compartment lined with leather, making us wonder how the bag brings a beautiful blend of luxury and practicality.

A world of fashion, powered by technology. ModeSens pulls from the racks of 46,509 luxury brands, aggregating every product at the item level for a seamless, transparent and secure shopping experience