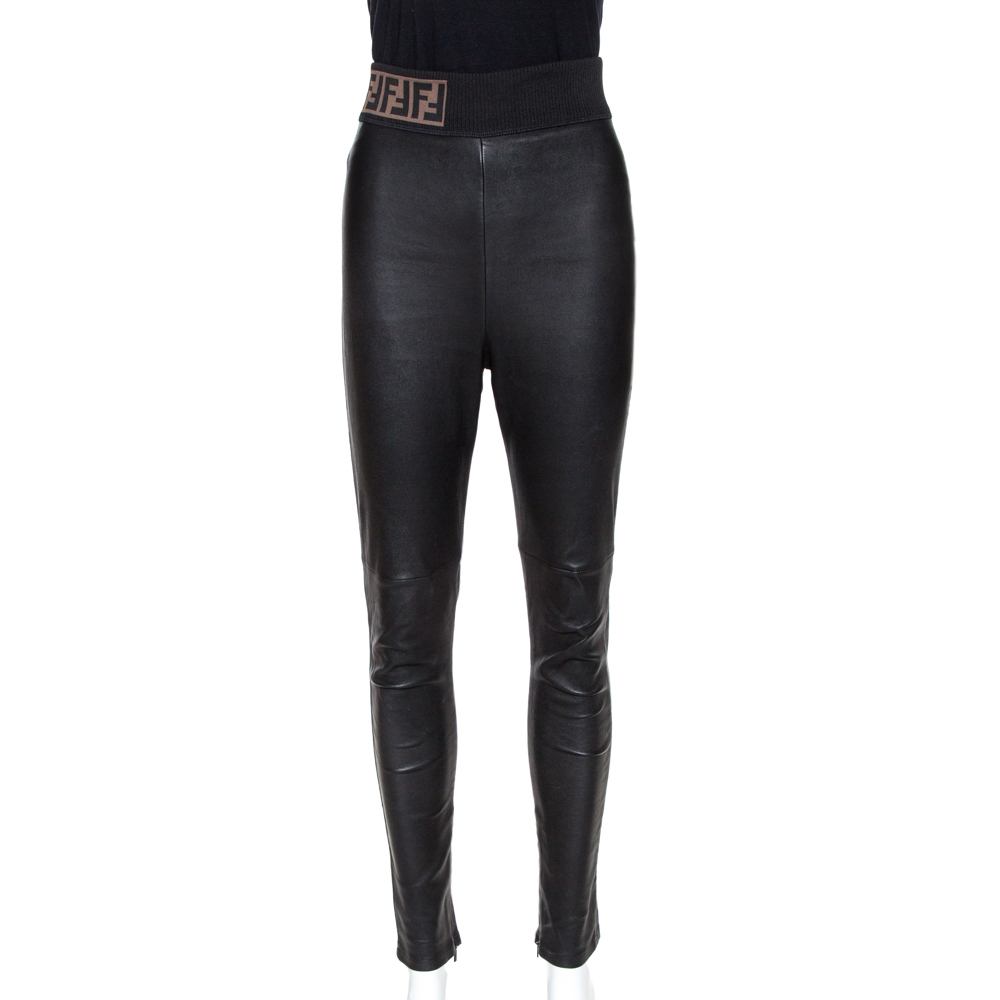 For days when you want to dress casually, this pair of Fendi leggings will be just right. Made from leather, the black leggings feature a skinny fit and signature Zucca trim on the waistband. The pair will offer you a great look.