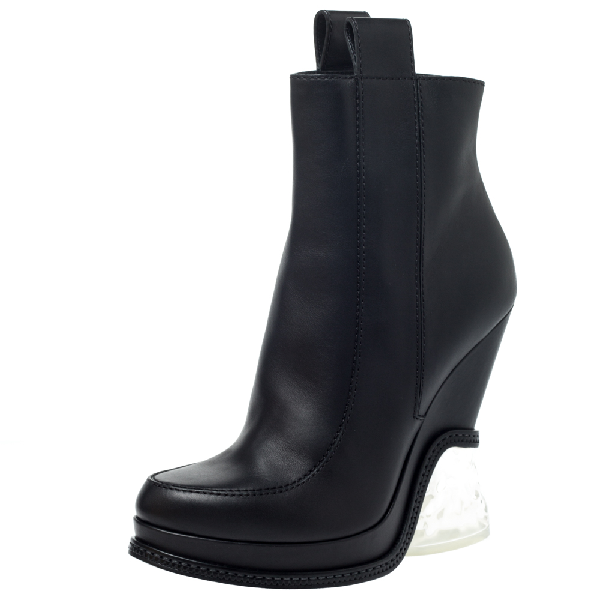 These Fendi boots with round toes and pull tabs are an high end fashion item that you need to own now. Block transparent lucite heels and neat stitch details on the exterior speak statement. Watch them bring high octane appeal to all black evening looks.

A world of fashion, powered by technology. ModeSens pulls from the racks of 17,559 luxury brands, aggregating every product at the item level for a seamless, transparent and secure shopping experience