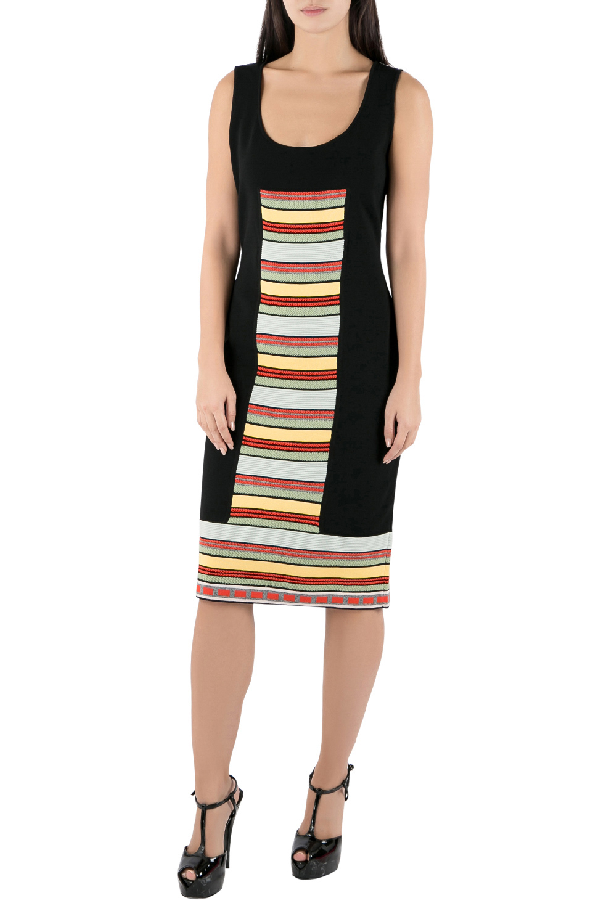 This casual dress is a must have jewel in any fashionistas collection. From the house of Fendi, it features a multicolored striped pattern along with contrasting black panels. If you want to keep it basic yet high class, choose this trendy sleeveless dress.