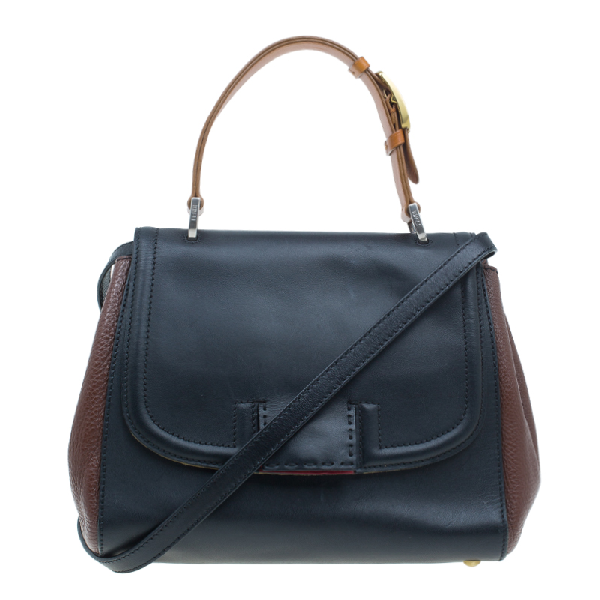 Named after the late Italian actress Silvana Mangano, this Fendi Silvana satchel perfectly blends black leather with brown leather sides. Equipped with an adjustable leather strap and top handle, its flap closure opens up to a canvas lined interior with one zip pocket. This bag features both golden and silver tone hardware, adding to its unique look.