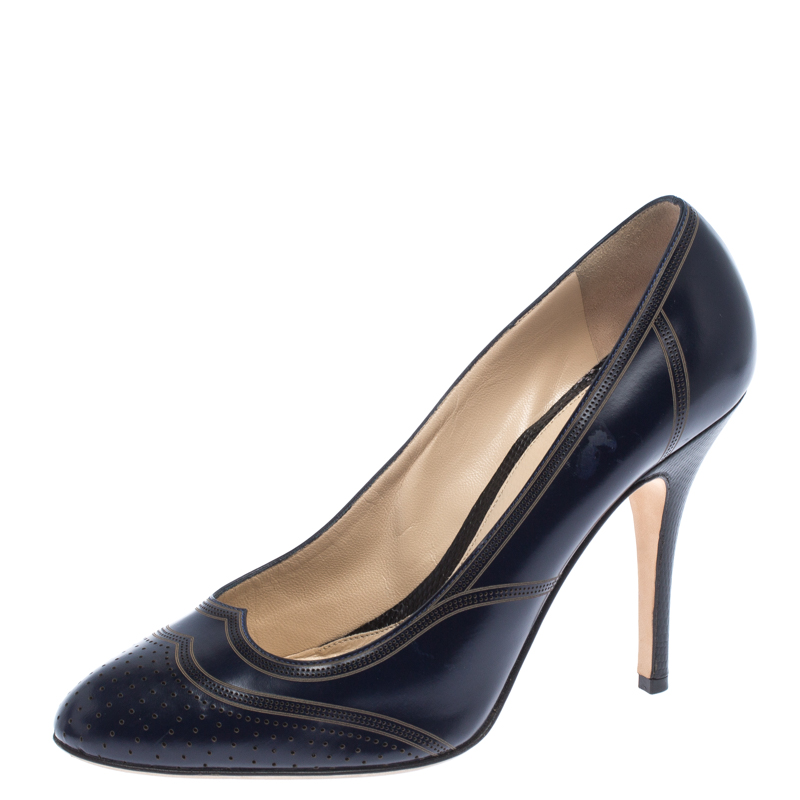 Add a feminine touch to your outfit with this pair of Fendi pumps. Covered in fine leather, these pumps are an elegant addition to your wardrobe. They come in blue with brogue details and 11 cm heels for a fashionable lift.