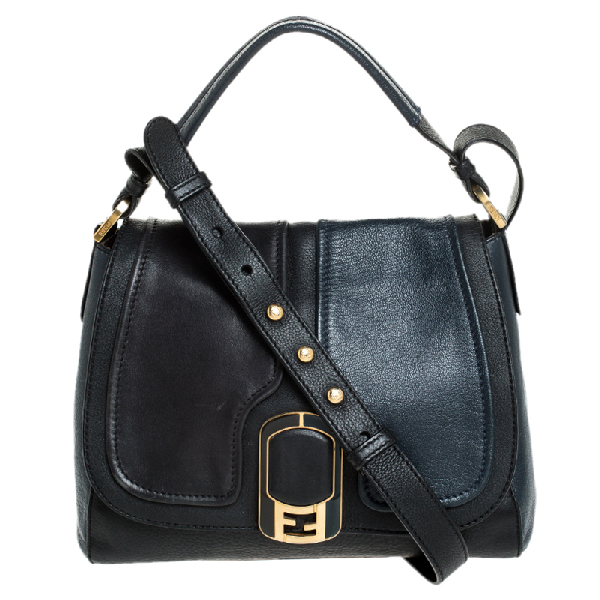 This Silvana bag by Fendi has a sophisticated look. Crafted from leather, the bag is held by a top handle and a shoulder strap. The bag comes with protective metal feet and a flap that opens to a spacious nylon interior. Team this fabulous creation with your everyday looks.