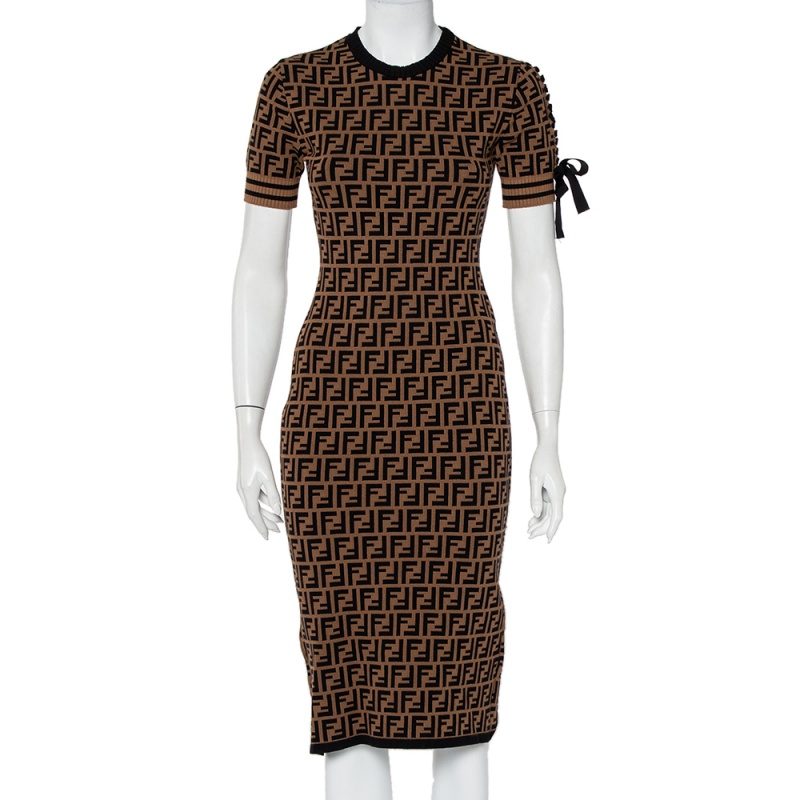 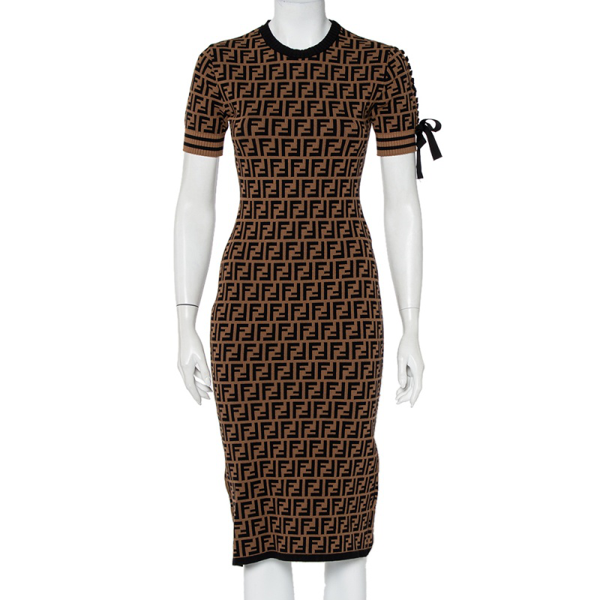 Designs by Fendi are always a delight to own, and so is this sheath dress. It features the signature Zucca monogram all over along with tie detail on one of the short sleeves. This pretty outfit is an excellent wardrobe choice.

A world of fashion, powered by technology. ModeSens pulls from the racks of 47,535 luxury brands, aggregating every product at the item level for a seamless, transparent and secure shopping experience