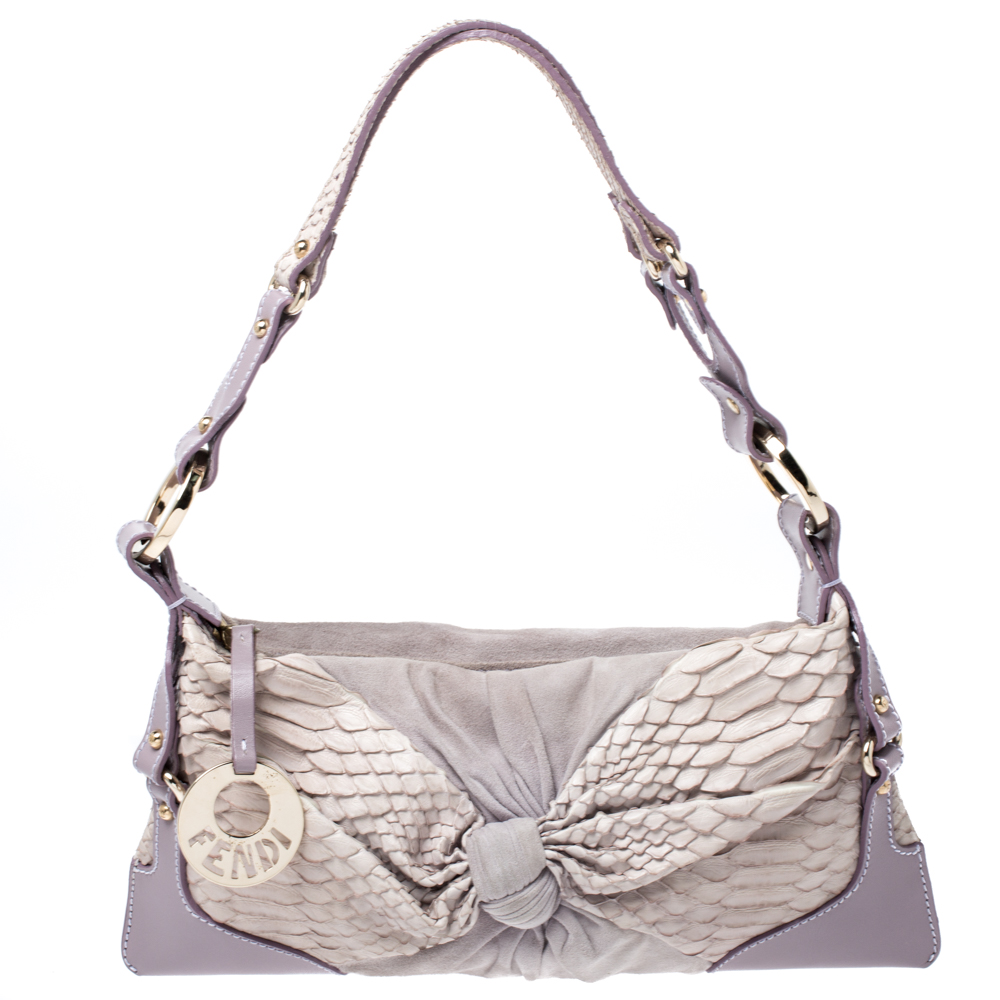 Add this elegant bag from the house of Fendi and elevate your outfits instantly. This shoulder bag is stylish and great for outings. Crafted in Italy, it is made of exotic python leather, suede and leather. It comes in a lovely shade of lavender that adds a touch of femininity. It is styled with a knot detailing on the front, a single handle, zip closure, fabric interior with a patch pocket and gold tone hardware.