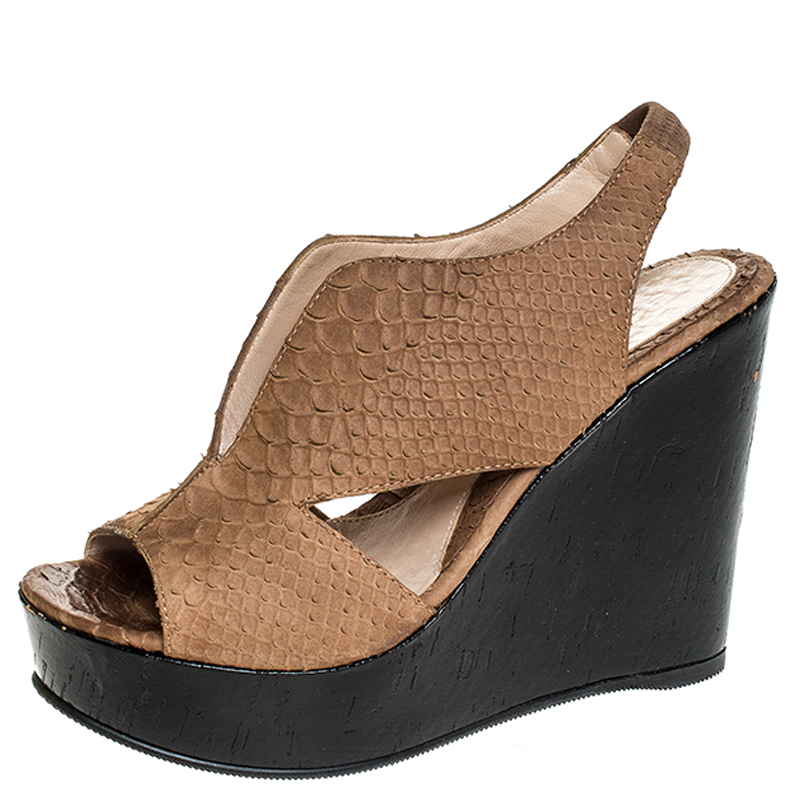 These sandals by Fendi are perfect to be paired with any outfit of your choice. They are crafted from brown python embossed leather and feature an open toes silhouette. They have 12.5 cm wedge heels, slingbacks and cut out detailing. They are made comfortable with leather lining and soles.