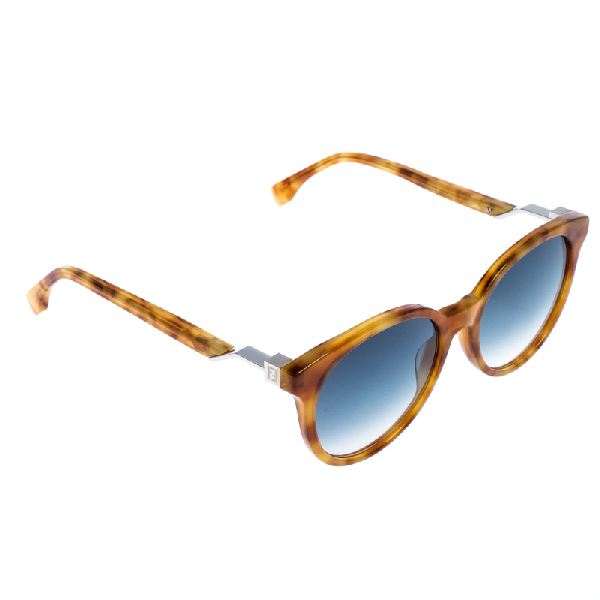 Styled to eloquently express your personal style, these Fendi sunglasses come in a round frame with the brand name detailed on the temples. They are crafted from quality acetate and come in light brown tortoise color. While its design will make you stand out, the lenses will provide sufficient protection. They are finished with silver tone hardware.