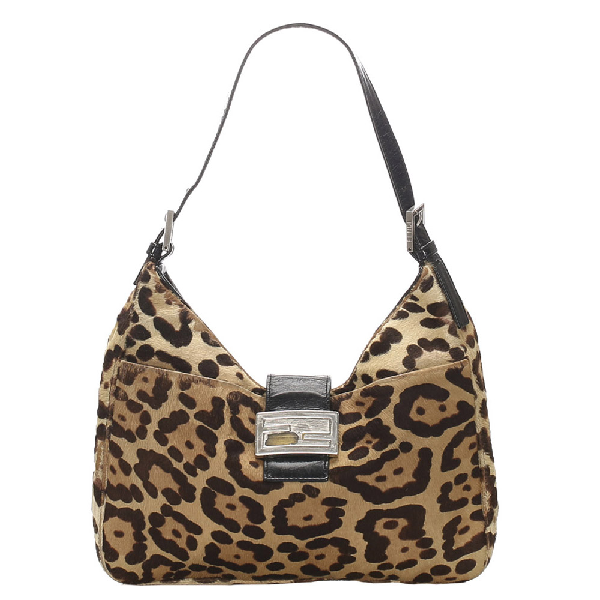 Embrace the current trends in fashion with this elegant Shoulder bag by Fendi. Be the exemplar of class as you step out with allure and sophistication with this light brown and black Shoulder bag. Look fabulously cool and sharp by adorning this fine leopard print, Pony hair and leather bag.