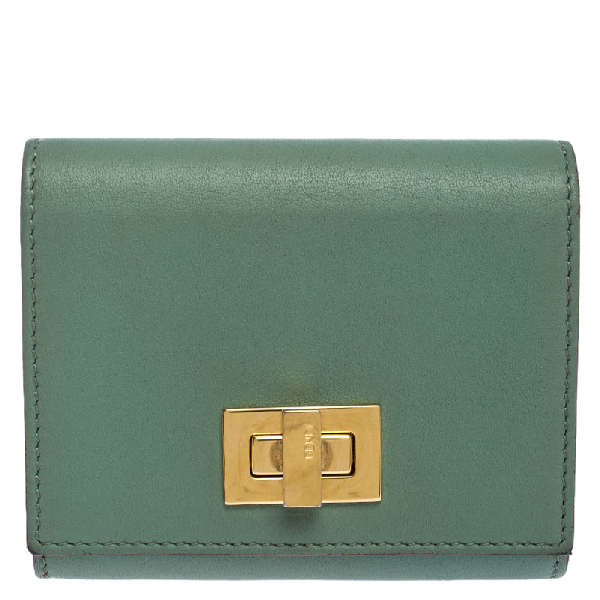 With this classy card holder from Fendi, your essentials need not be mundane anymore. Featuring a leather exterior, this wallet is a convenient accessory. It comes in a lovely shade of light olive and features a gold tone turnlock closure that opens to a canvas lined interior that can house all your cards effortlessly.