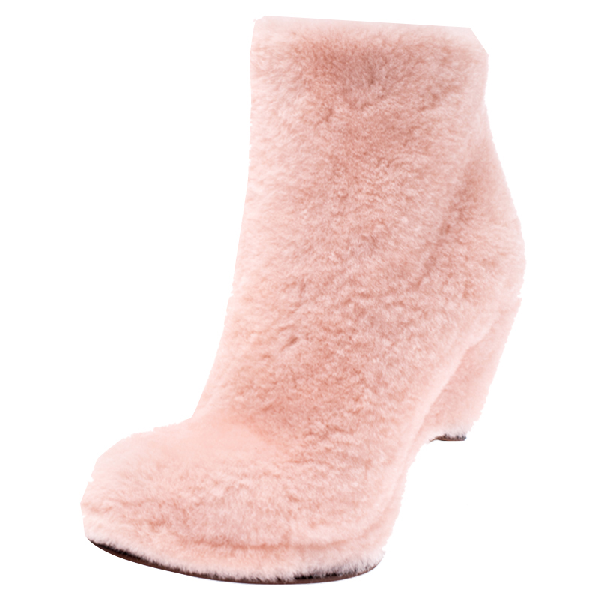 You are sure to make quite a statement in this plush pair by Fendi. The ankle boots are covered in pink shearling fur and lined with leather. They feature side zippers and are hoisted on ice like heels.