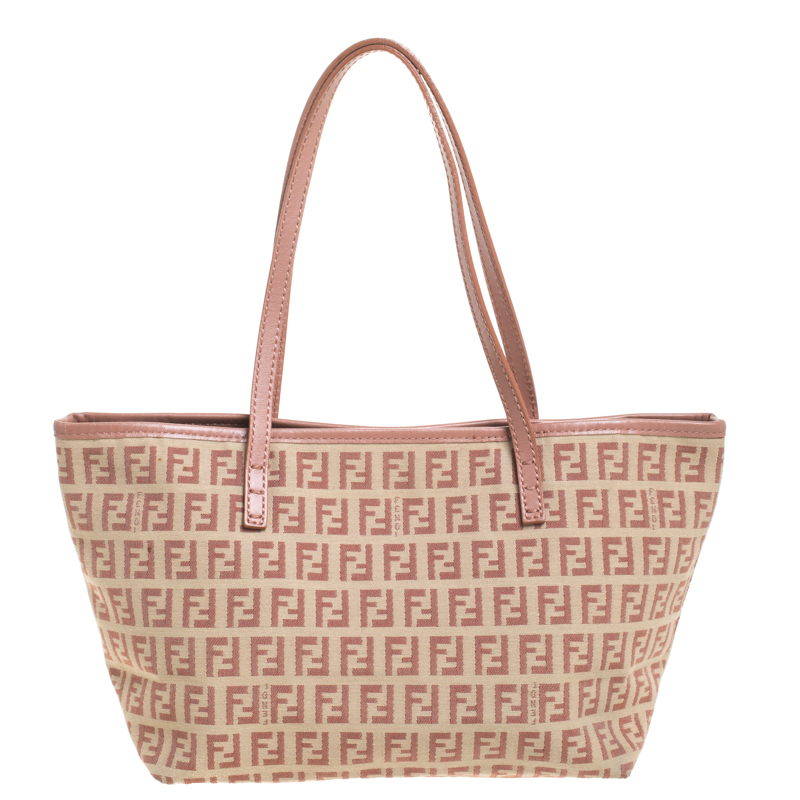 This Fendi tote is an example of the brands magnificent designs. Crafted from Zucchino canvas, the bag features dual flat handles. It has a lock closure that leads to a fabric lined interior that will hold your essentials. Swing this tote in style