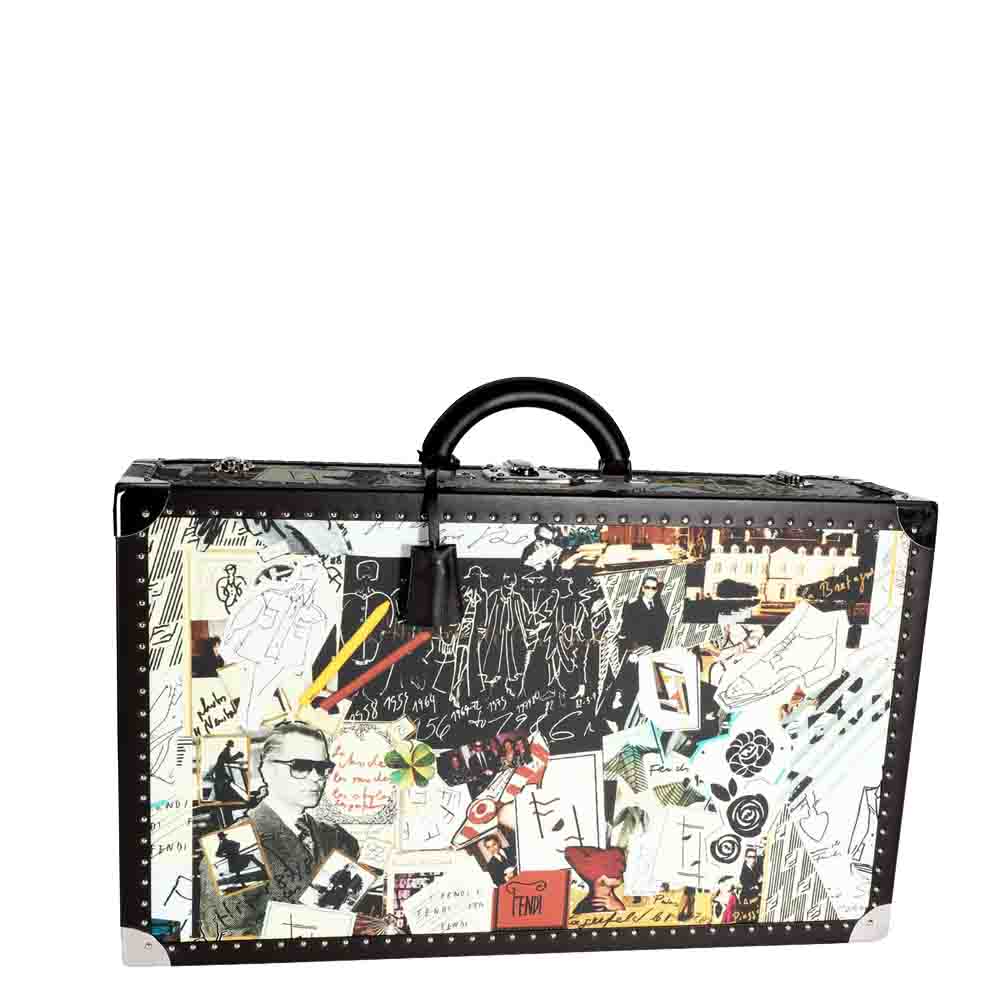 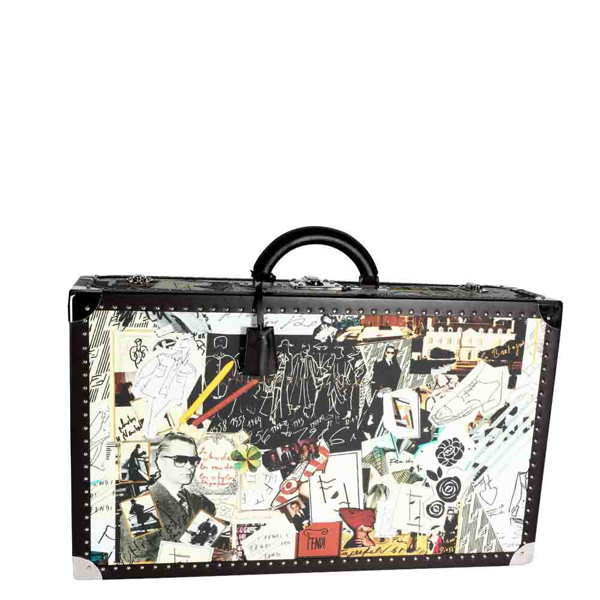 Once again, Fendi brings you a creation that hits the mark on both style and utility. This travel trunk suitcase is the ideal way to carry your vacation essentials in the most fashionable manner. The exterior portrays the labels signature motifs and elements through the Karl Kollage print and is well fitted with contrasting trims on the edges. The creation is finished off with a clochette, a top handle, and an extra compartment on the interior for easy organization.