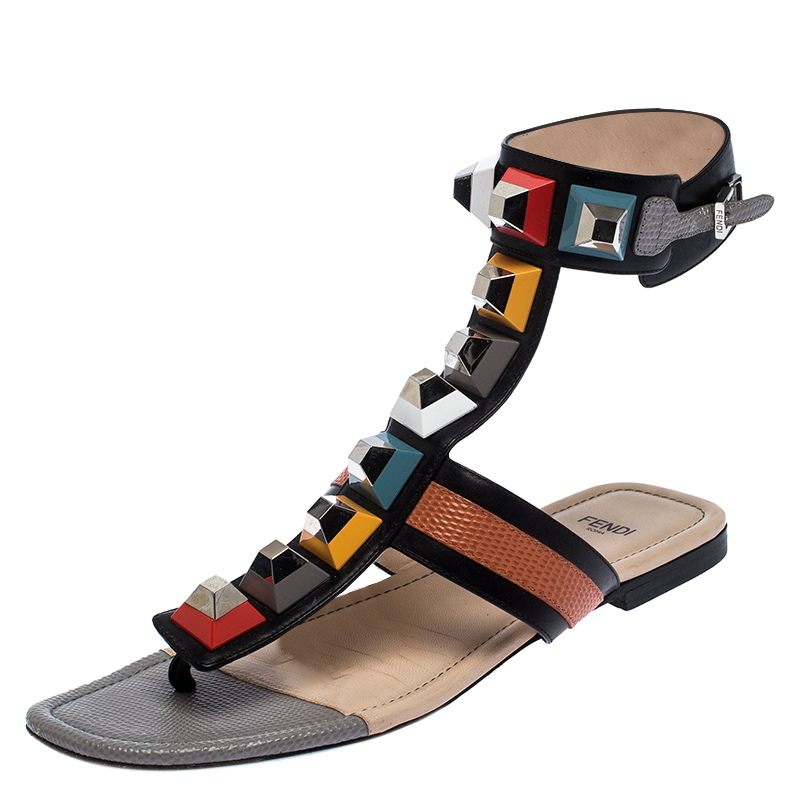 Constructed from leather into an effortlessly chic design, these Fendi flat sandals are perfect for everyday casual wear. The lizard embossing and the stud details add to the overall appeal of the pair.