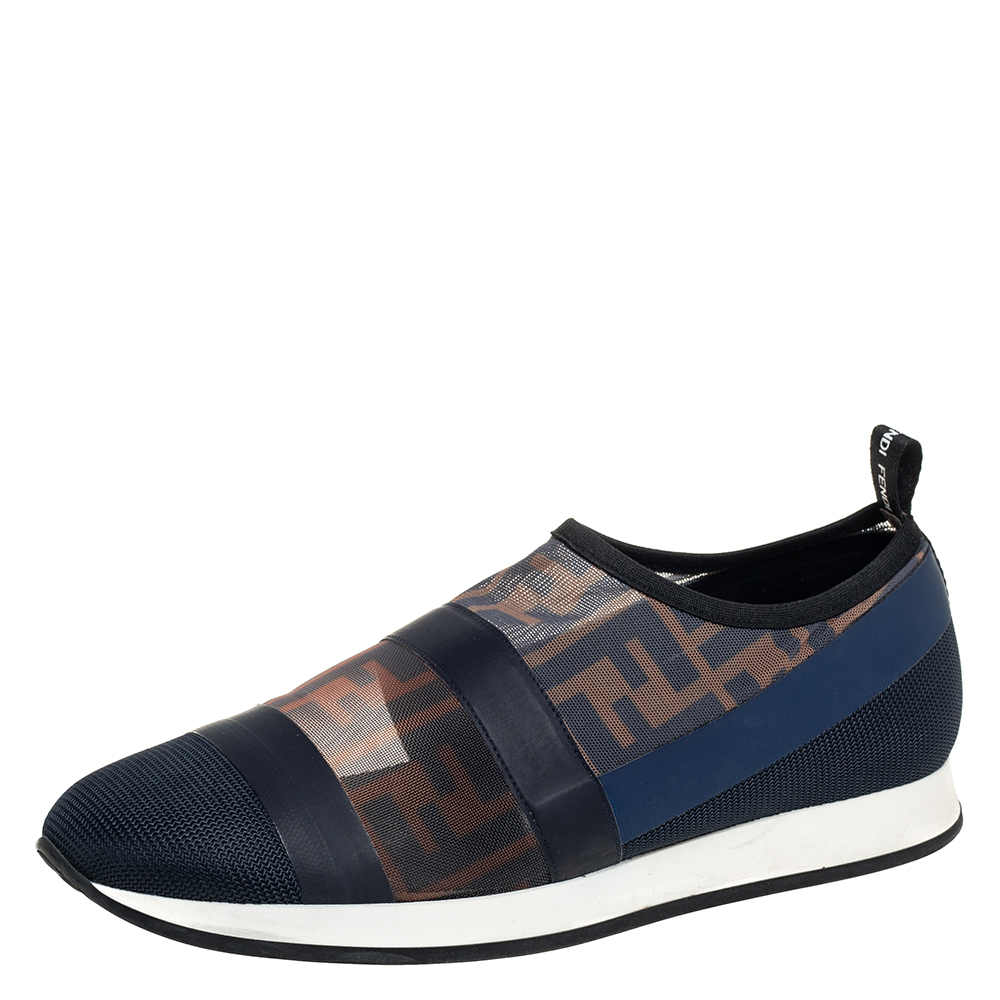 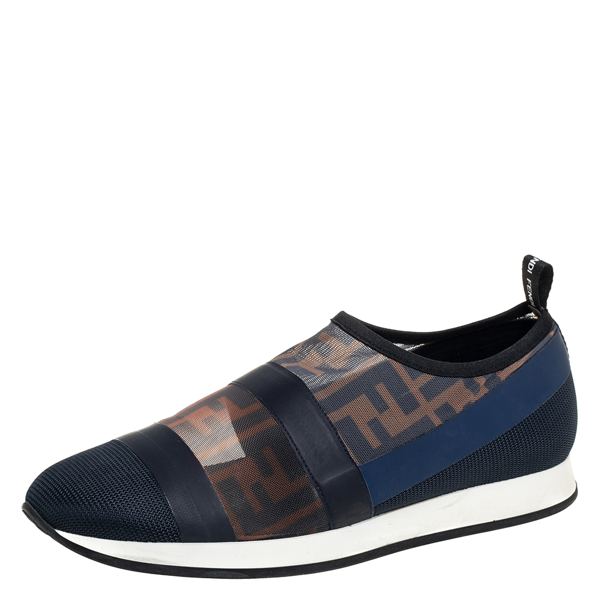 Pull off a smart look with class in this pair of sneakers from Fendi. The exterior of these sneakers has been crafted from mesh and leather and is printed with Zucca pattern all over. The insides are lined with leather. They feature trendy touches of three different colors and carry contrasting platforms. Easy to slip on, this pair embodies a true blend of luxury and comfort.