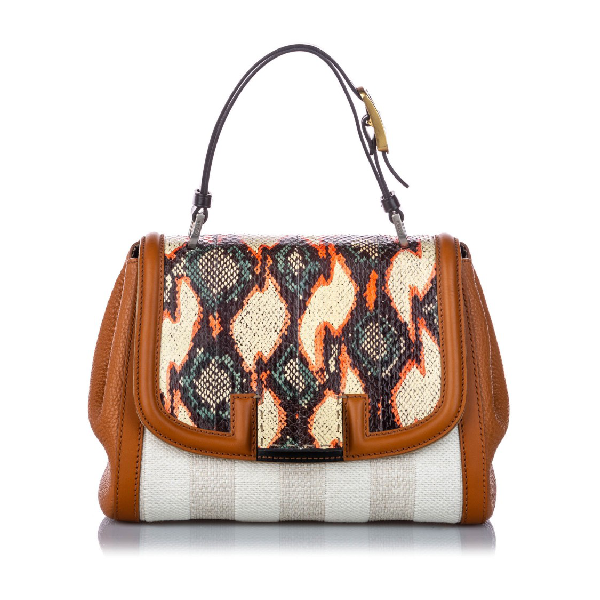 The Silvana features a canvas body with python and calf leather trim, a flat leather handle with a buckle detail, a detachable flat leather strap, a top flap with magnetic closure, and an interior zip pocket.