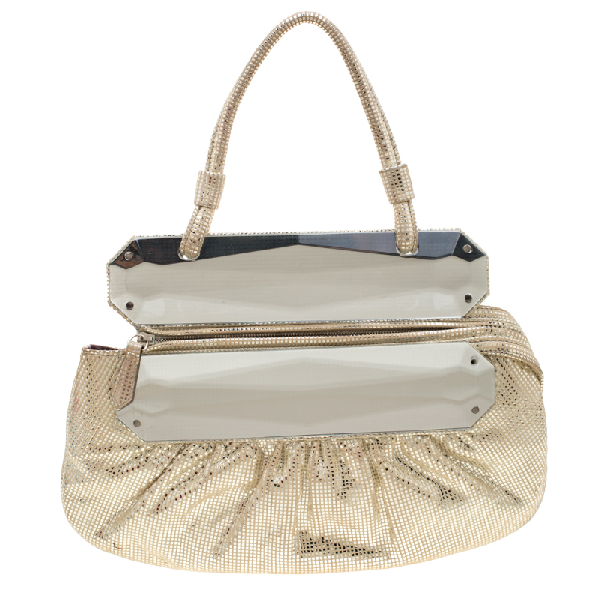 This Disco To You clutch from Fendi is not just elegant but utterly fashionable. This bag comes in a shimmering silver leather body with a unique design that features a top handle for you to flaunt it. The clutch also offers a satin interior for you to house your belongings.