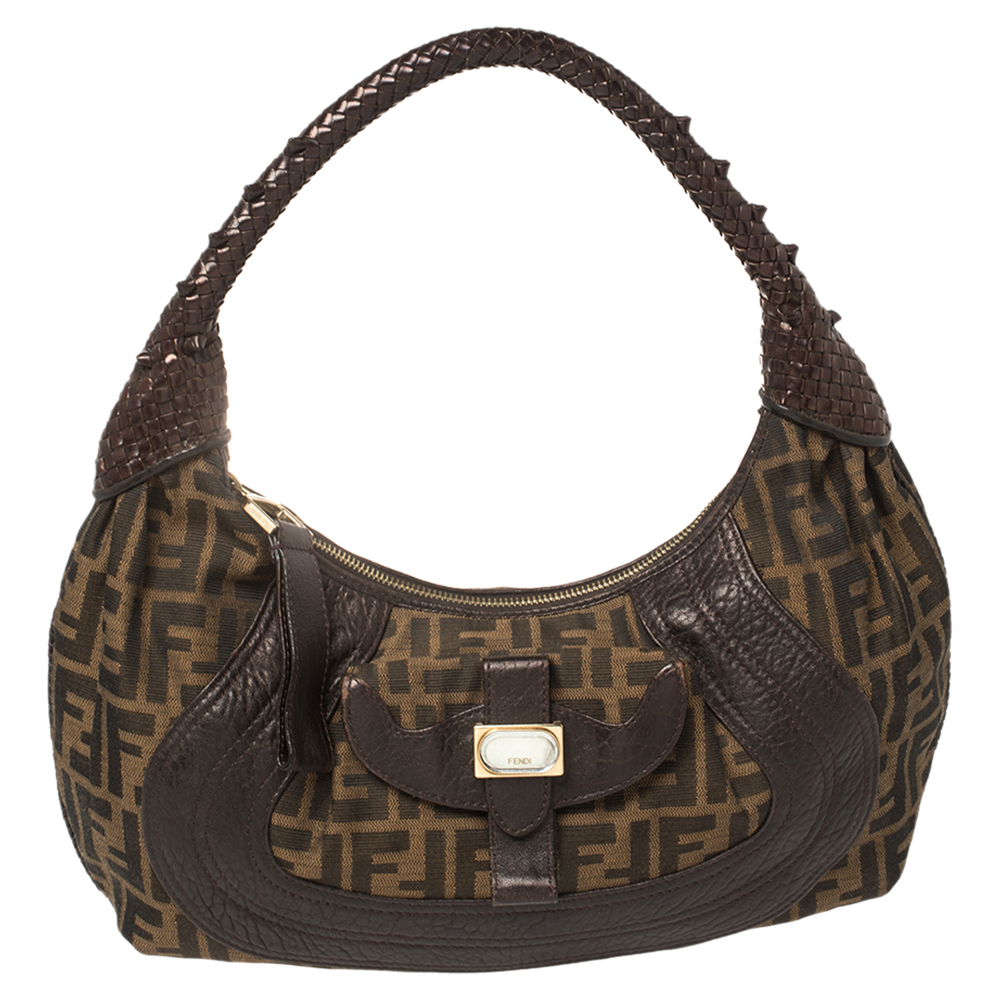 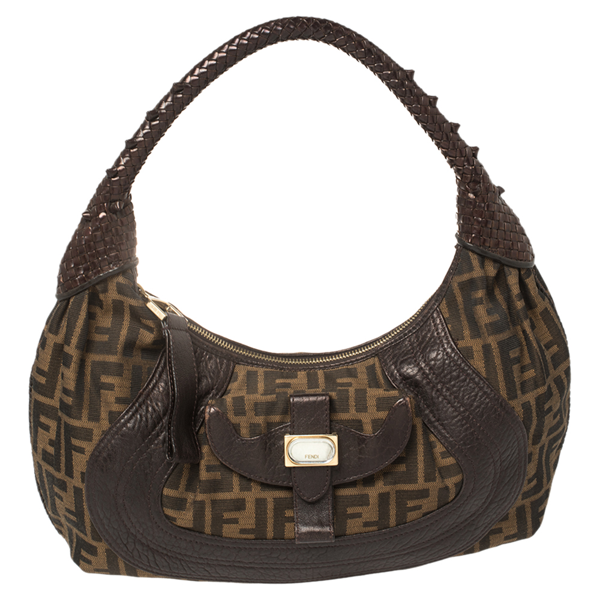 Rendered in Tobacco Zucca canvas and leather, this womens hobo from the house of Fendi is an excellent choice if youre looking for an everyday bag that is perfectly sized. It is complete with a woven leather handle making it easy to carry along at any time.