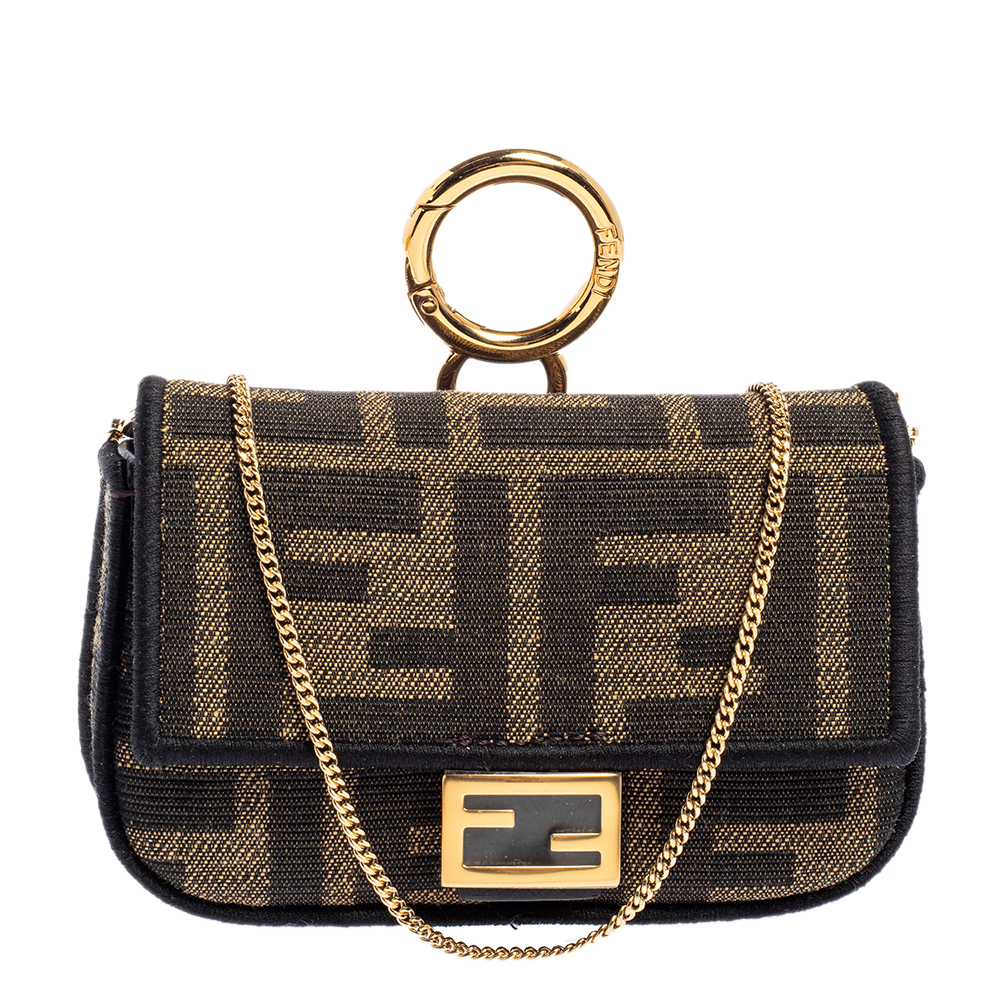 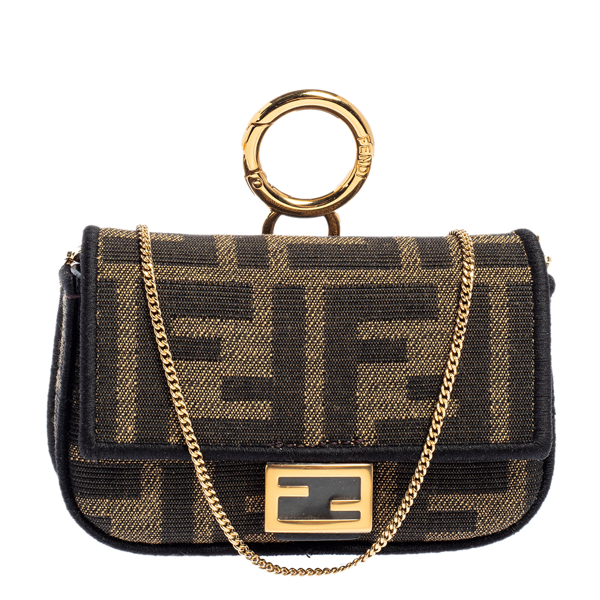 Fendis nano Baguette bag is perfect to help you nail the tiny bag trend. It is crafted using Tobacco Zucca canvas in the iconic Baguette style and held by a gold tone shoulder chain. The key ring added at the back allows you to use the bag as a charm with other bags or with your chain belts.