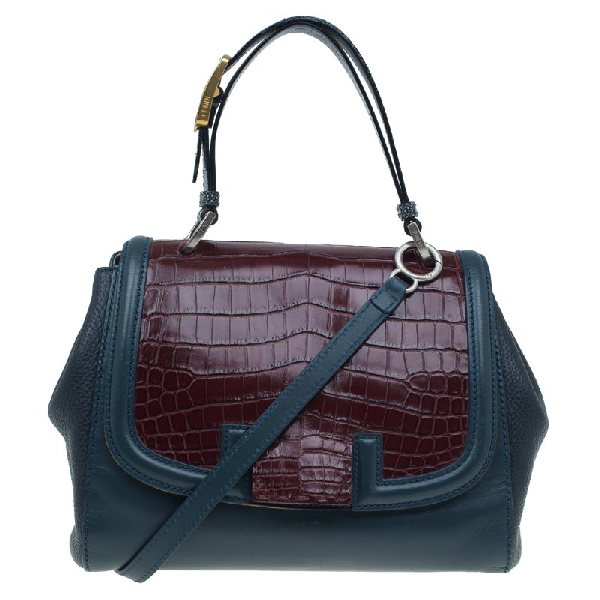 This shoulder bag from Fendi will entice you with its chic and classy look. Majorly crafted from smooth finished leather, its sides feature textured leather and front flap closure has croc embossment in contrasting color. The bag is accented with a top handle having buckle detail, a shoulder strap, and studs to secure its bottom. The canvas lined interior houses a zip pocket.