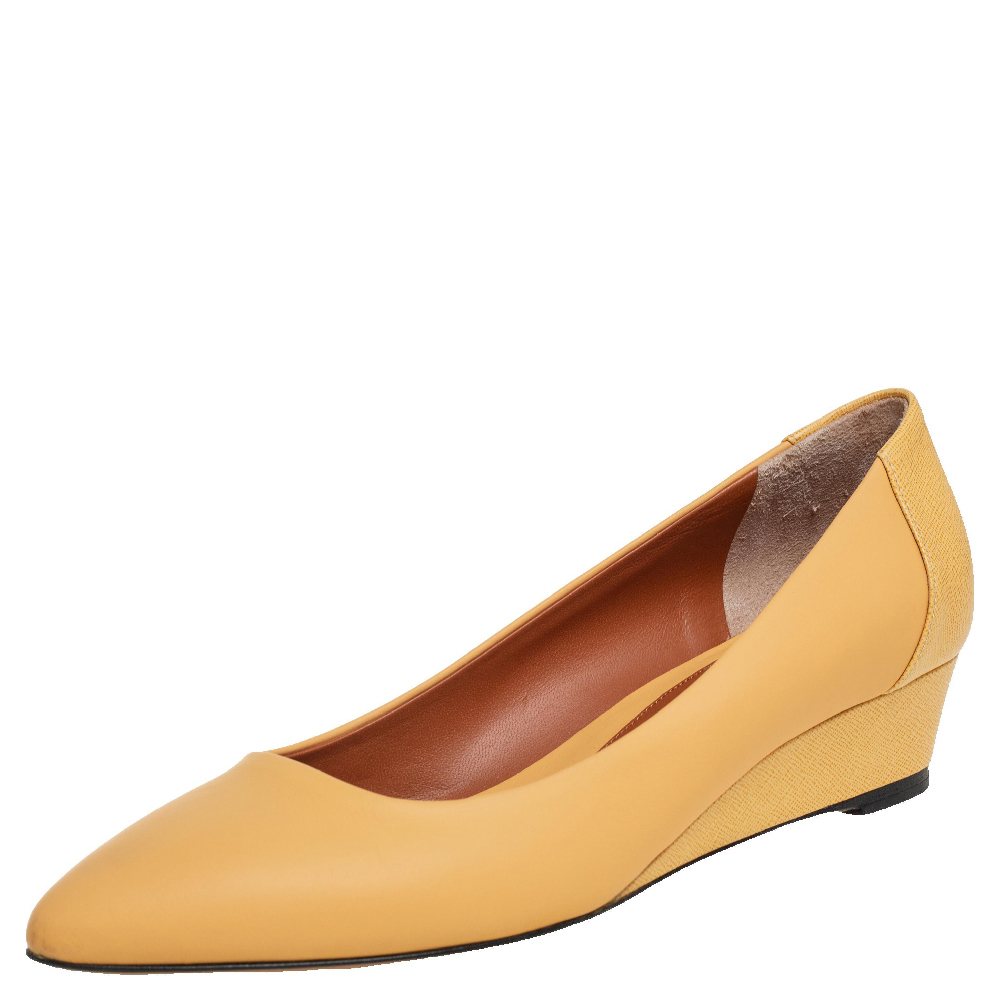 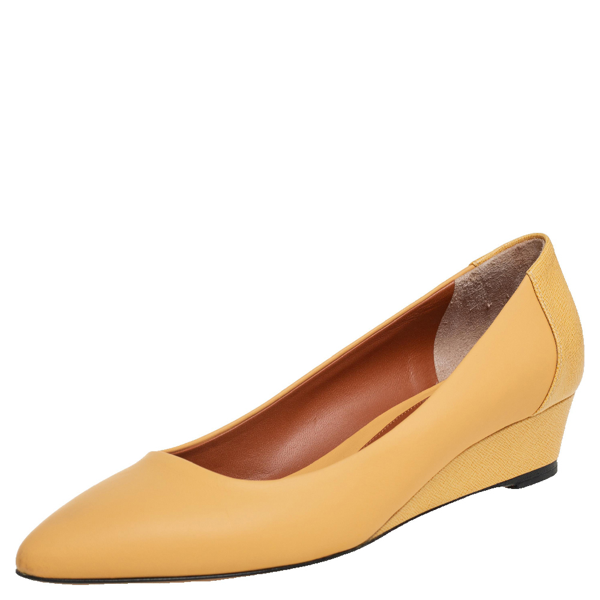 Match your outfit with these leather pumps and complete your everyday look. This pair of yellow pumps look simply chic with pointed toes and low wedge heels. Pick this pair of Fendi pumps to flaunt an elegant look.