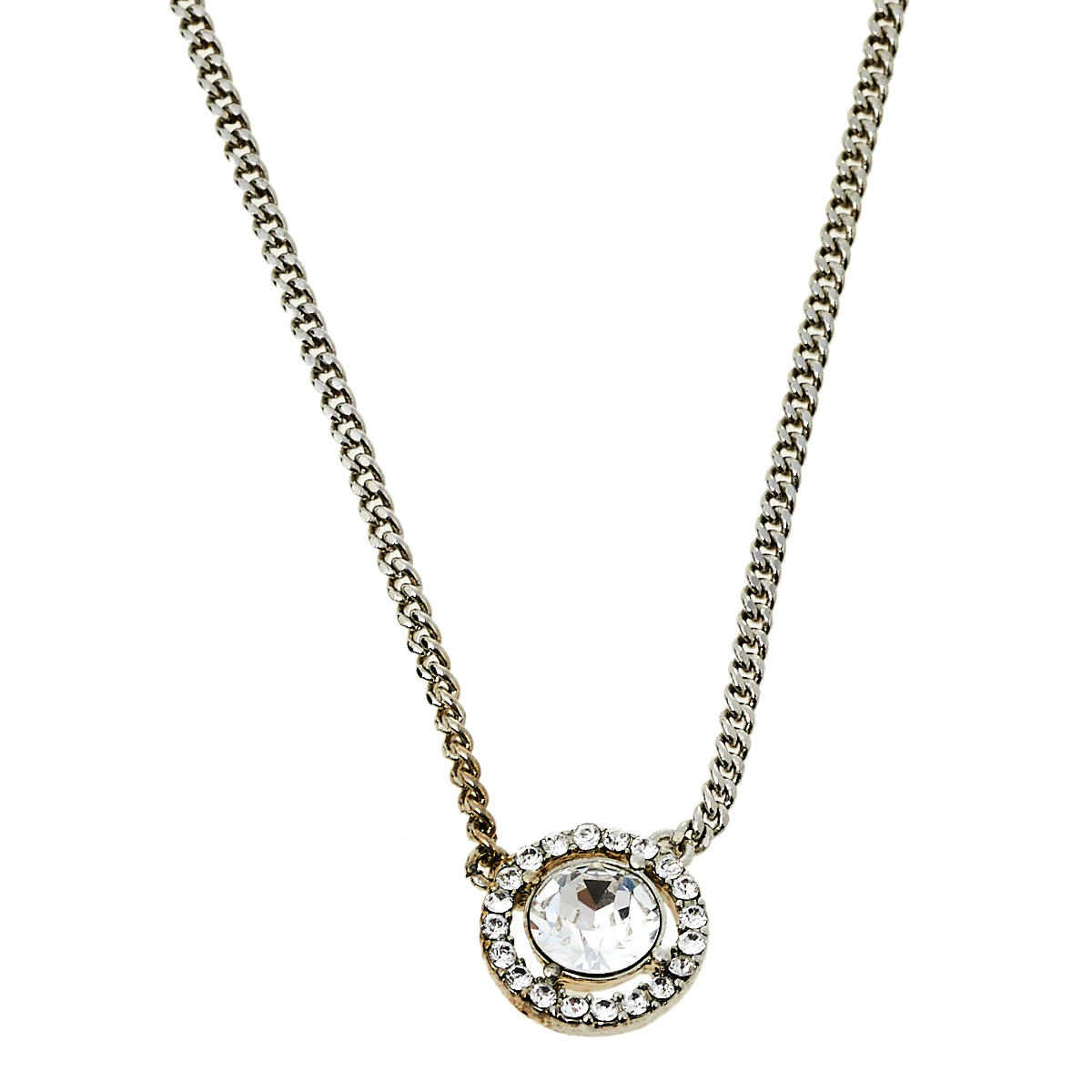 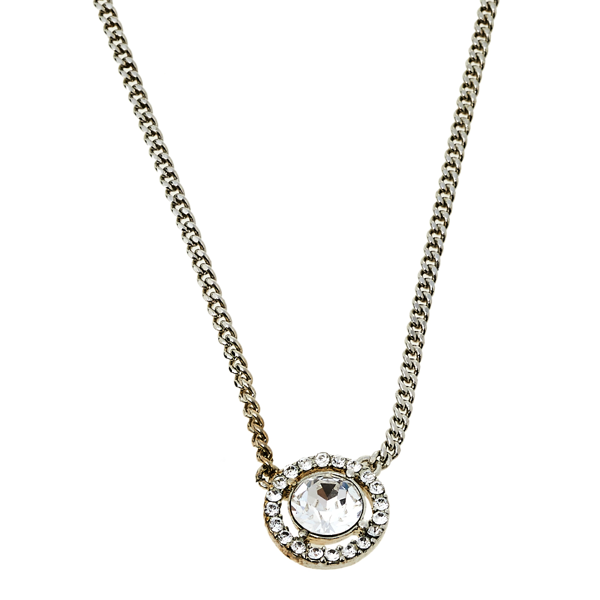 This lovely pendant necklace from Givenchy is sure to become one of your most favorite accessories It comes crafted from silver tone metal and features a chain that carries a circular crystal embellished pendant.